The Software Journey for a MIDI Guitarist- THANK YOU

About a year ago I purchased Gig Performer after trying out MIDI Guitar 2 and realizing that software could convincingly replicate my Roland GR55 with a 13 Pin Guitar Pickup. I had tried MainStage but really struggled and I thought Gig Performer could be the solution.

A year later, 150 cover songs and rackspaces later, I have replicated my entire hardware setup on a MacBook Pro thanks to Gig Performer. While I’ve not taken it out live yet, the portability change is incredible and the PCM software sounds are better as well.

I had many starts and stops (From Sampletank to Kontakt and finally settling on Roland Zenology as it best covers the original GR55 sounds and then some) For Guitar, I went with Mercurial Audio AmpBox and the Bogner Euphoria plug in which is the best in my opinion and I’ve tried them all.

Special effects include the Quadrovox for pitch shifting and the Blue Cat Audio Feedback Generator.

For my Piezo guitar (which drives the MIDI portion as well) I use THU which I found to get the best acoustic sound. I also use a few THU effects like a phase 90 and Wah.

I have replaced an AXE FX III, GR55 and two very large pedalboard with a Morningstar MC6 and 3 Expression pedals as well as an extra foot switch that drives sustain and feedback generation.

Does the guitar sound as good as the Axe FX? No. Will anybody notice? I doubt it. The only thing I’ve really lost is the COSM tuning simulations that the 13 pin guitar affords but that is worth the portability tradeoff in many cases.

I also use Bandhelper and have gotten it all working well enough to test drive at rehearsal.

My file is about 280MB and I do not use predictive loading as unless setlist are in order (which are driven by bandhelper) it is not really helpful. CPU usage is between 20-35%

Thank you to @dhj and @npudar as well as the whole community for being so helpful. The sustain, sostenuto scripts were a game changer for me to simulate some of the Roland GR55 Hold functions and now that I kind of know what I’m doing the flexibility in the MIDI space is multiples ahead of the hardware side- even for guitar. 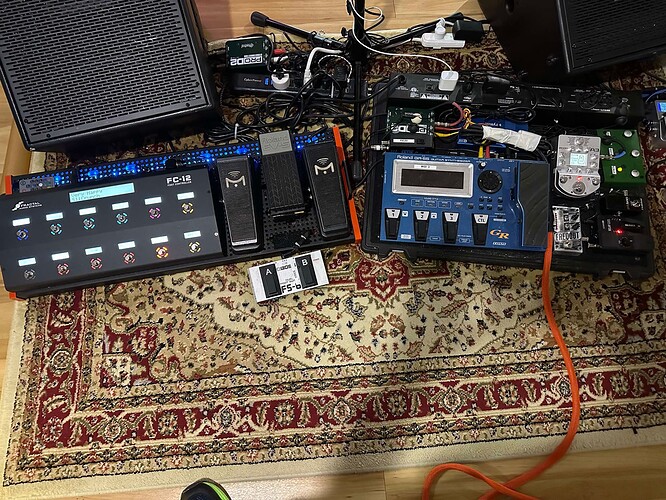 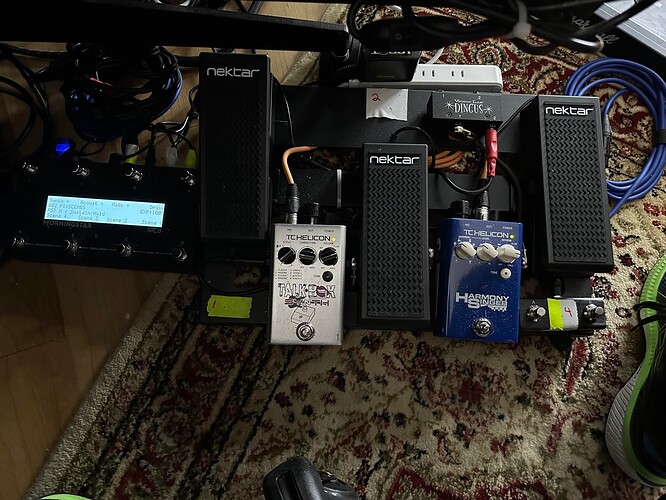 I’m sure you guys could make the setup way better with what I don’t know but thank you for getting me here!

Thank you for sharing

Thank you guys! I just added the Arturia Collection. Really amazing to think this is without a hex pickup.