Harry Triendl is a musician from Austria. Harry is a soundscapes performer and visual artist also known as kunst4life. 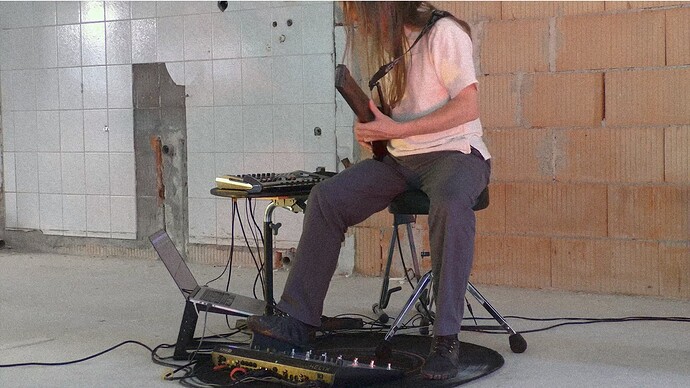 He uses Gig Performer combined with many plugins such as Line 6 Helix. Here’s some action with Gig Performer: Next week is his big performance 24h long and a live stream will be available.

Check out his work:

Today is THE big day for Harry as he and his fellow Gig Performer will have to endure a “stress test” → 24h of playing live!

You can join the live stream any time using the link from my previous post. 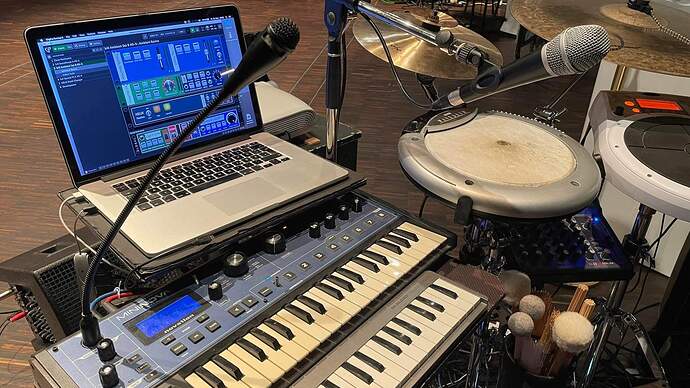 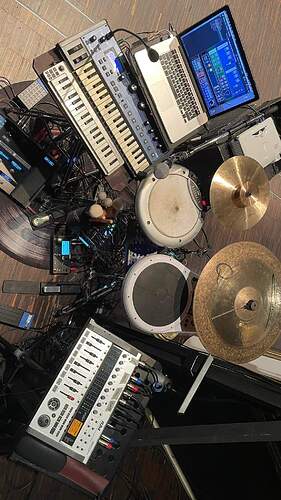 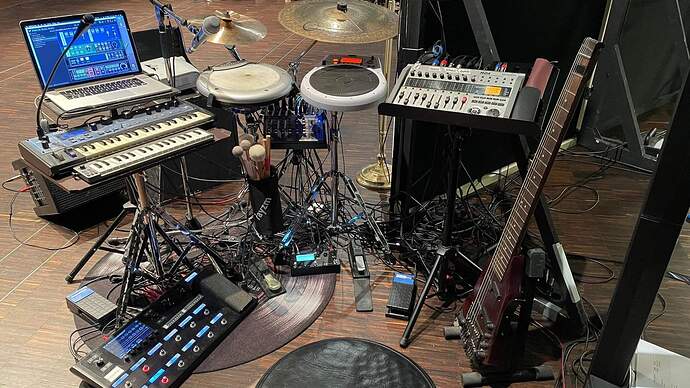 I love this huge plate of spaghettis on the floor, remaining warm for 24 hours…

Here’s some feedback - the live stream won’t have the replay, it is removed - they plan to release a “trailer” from the whole 24h. (I’ll post it here as soon as I get the link).

Harry said that he überlebt! and Gig Performer was rock-solid, and overall a “phenomenal tool” and his “control station”.
I’m very happy that all worked so well, I watched parts of the stream, also left a comment.

I have bunch of photos and here is my selection - Gig Performer in Action! 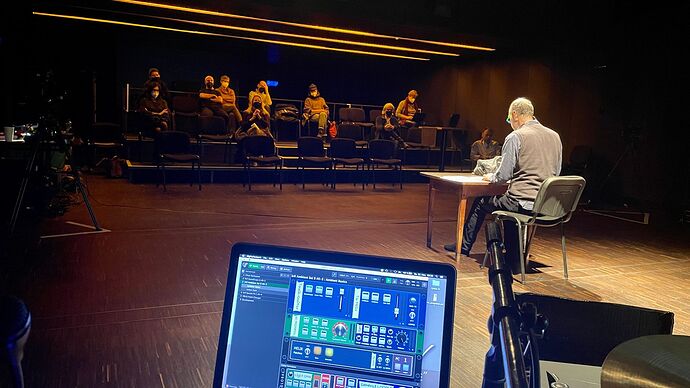 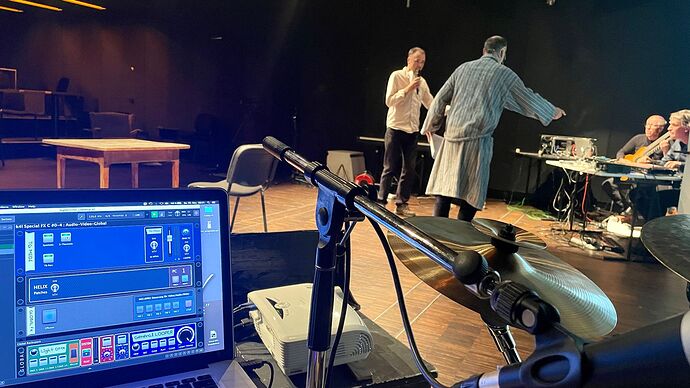 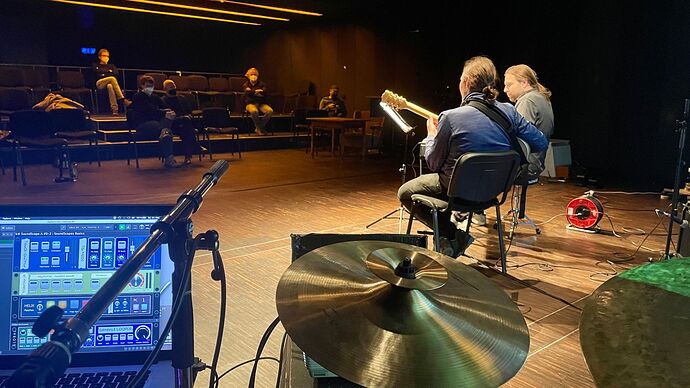 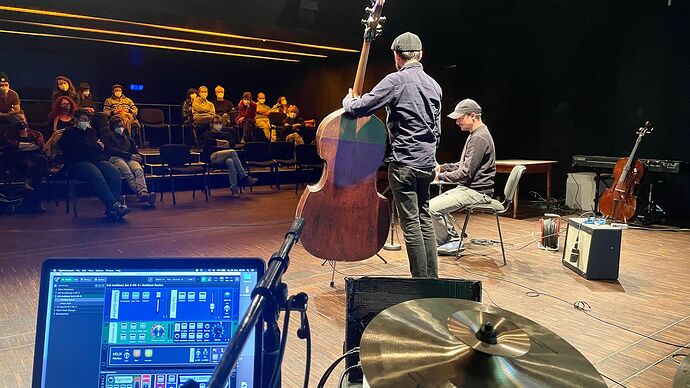 Ah, they slept on the spot! I see one of them in his bathrobe Hello Harry, I really enjoyed the presentation of your equipment and your use of GP (although there are no translation subtitles available in the youtube video - I am French).

Just one question: why are you using an old version of Midi Guitar which is a fundamental part of your setup? MG2 allows a much better tracking of the guitar, there are new important functions and new very interesting guitar fx like for example Deep Expressor (which I can’t do without

In any case, congratulations again for your installation which is very well designed and thank you for your music which delights me.

Thank you for your message. Why I’m not using MG2 - I have so many old Ableton setups - and my controlls will be lost by changing … but you are right. But why i’m not using MG2 in Gig Performer … when i activate the licence from MG2 the older Version is not running … so maybe about your message it will be time to move to MG2

thank you for your kind words.

ps. Now with MIDI Guitar 2 - it does really much better tracking!

You can also try it standalone. There are several benefits:

Just make sure that you use the same sample rate in Gig Performer and MIDI Guitar settings.

Thanks @npudar for mentioning standalone, I haven’t tried that in an age.

I have used up to 2 MidiGuitar blocks and 1 MidiBass in the same patch. An MG on both the Melody and Bass sides of the Stick, and an MB on the bass side to catch lower notes MG does not reach.
Similar to @tonycore explanation here Overcoming the low end range restriction of MIDI Guitar 2 with GP - #2 by wtapia
At one point I even had all the MidiGuitar and synths in a separate instance of GP to the Audio processing. (Now I actually use setlists in Setlist view this could be much easier to coordinate than before!) 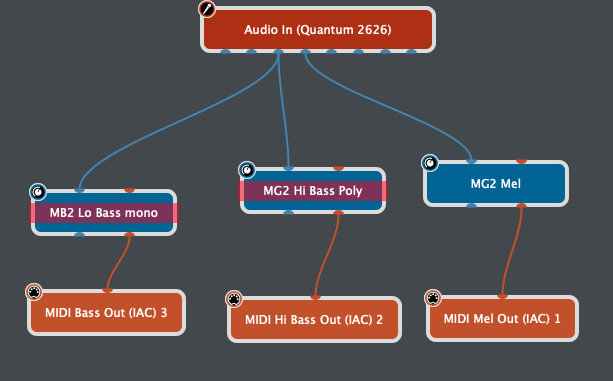 This is not possible in standalone, but it is a use case I currently don’t need so I shall experiment

This is not possible in standalone,

I misspoke
apparently this IS possible

and MidiBass seems to be working better. (Possibly the larger buffer size.)

and MidiBass seems to be working better.