Frode has an incredibly diverse musical background through his work at the highest professional level in Norway and Europe in jazz, pop&rock, classical, blues, funk and soul. 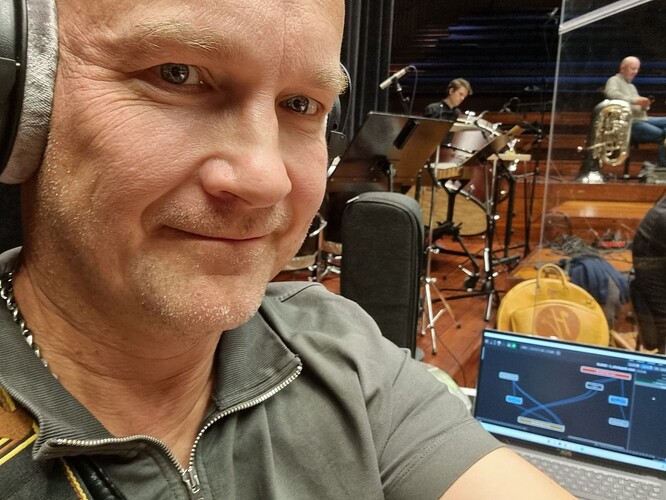 He has appeared on hundreds of recordings. TV and radio shows in Norway as well as abroad.

Currently he holds a permanent position with the Oslo Philharmonic Orchestra, a major European symphony orchestra with extensive recording and touring.

He also performs with the Royal Norwegian Navy band and here’s a video behind the scenes: 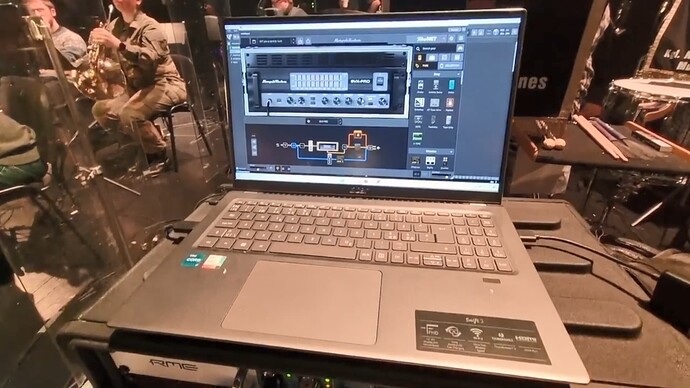 From this week’s gig with the Royal Norwegian Navy band. Gig performer really delivers when it comes to doubling on upright and bass guitar. I’m running a piezo pickup as well as a microphone on the upright, made a script to be able to solo one instrument at a time from the pedal, Amplitube for the bass guitar, an SSL for each of the upright signal chains. Melda Auto Align phase alignment tool to make sure the mic and line are in phase.

One more photo with the Royal Norwegian Navy band: 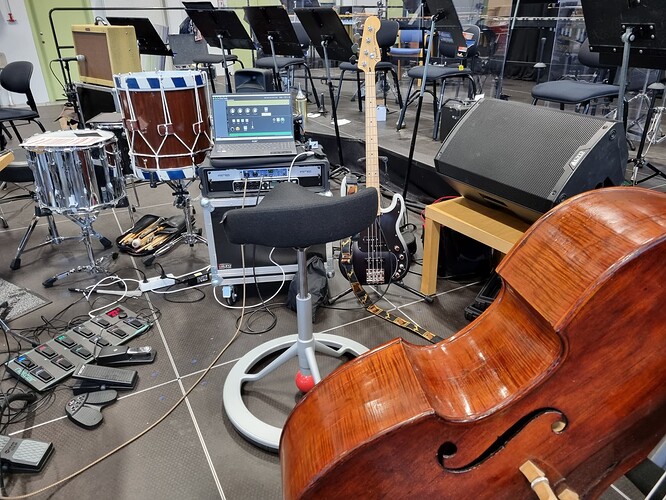 Frode is also active on YouTube and often mentions Gig Performer. An example is this video where you can see his hotel practice setup (for Erland Helbø trio):