I have to supply click to band , is there any stable vst one that integrates well into Gp that can do 6/8, triplet counts , etc., I find the denominator in Gp one stays 4/4 no matter what ,

To the right of “TEMPO” is “TIME”. Click on the first “4” and you can change from 4 to 3, or whatever (just enter a number). Then click on the number in the box and choose the number of beats per measure. I was confused at first also because it appeared the first number was permanent. 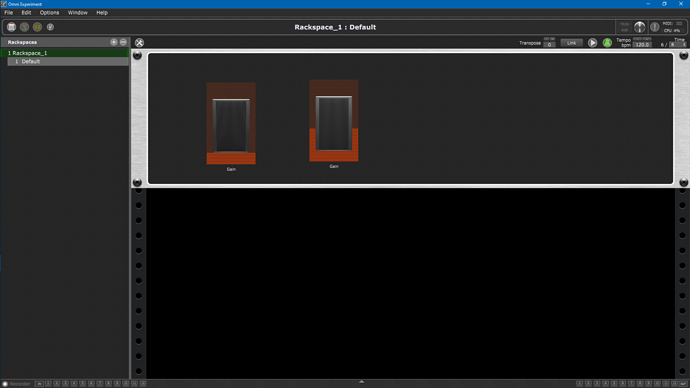 I was confused at first also because it appeared the first number was permanent.

Same here… Yet, like the OP, I have long searched for a good Metronome VST. With no success. Would still like one if it was around.

I think the denominator still clicks in 4/4, so even if u change it to 6/8, it accents on the 6th , there’s another way, by doubling or doing some math to get it to swing

I went looking for a while back. I tried two or three and deleted them.

This one is probably the most interesting I found if you want to do unusual time signatures and click patterns. Download here.

Whatever you use as a VST, I believe they’re going to take the tempo and time signature from GP anyway.

If you’re looking for a swing metronome, this will do it, but it’s a little cumbersome because you have to define your patterns in text files.

It fails scan validation on Mac …

the denominator still clicks in 4/4

The denominator does not click in 4/4 - our metronome is using a quarter note (e.g. 1/4) for beat duration. It will always properly accent the start of a bar (measure) so if you have 6/4 it will sound an accent every 6 beats.

If you really need it to go in 1/8 you can double the tempo speed or if you want it in 1/2 notes you can set it to half the speed. Not a whole lat of math to do.

A mechanical, and many other metronomes will typically just sound the beat without any regard for the time signature.

This is not a problem limited to GP, certainly. The metronome could still use some work, however, in the definition of denominators so that we can get true time signature/tempo combinations used.

Vst one best option then, I have one on my iPhone …it’s good…, can do accents on 1 and 4 for 6/8, etc …, but would be nice to stay within Gp for overall sync

The VST I mentioned above has the most flexible setup I’ve seen, and I don’t think it would be that complicated to put into GP.

It’s set up so it has three different sounds (or a fourth if you consider silence one of them). In addition to the normal numerator & denominator of the time signature (e.g., 4/4) it takes a third variable, which is how many tick positions you want per measure. So if you want 4/4 counting off in 8th you’d say 4/4 8. Then you have 8 slots to fill with what kind of clicks you want. In that VST you use ! for accent and + and - for the other sounds (+ being louder than -). Any other character means silence.

Simpler than it sounds. I just couldn’t find a practical use for it, other than saying “hey, that’s kind of neat.”

Hmm, that thing was written with blue Cats script plugin. It probably wouldn’t be very hard to implement a metronome in a rackspace GP Script
(Not saying we shouldn’t improve the built in metronome but the nice thing about GP script is you can do stuff now!)

Should be easy enough to use the On BeatChanged callback to trigger MIDI note events, and if I remember correctly MIDI can trigger the Audio File Player to play clips for different sounds on the beats.

Or maybe using Generators and the On TimePassing callback if we want the option of sub-beat ticks and independence from the playhead. I haven’t messed with that, but looks simple enough to use as a timer for whatever sub-beat intervals the user wants (e.g., three ticks per beat).

Seems like changing racks would kill the metronome, though, if it was done with scripting. Unless it was being run in a separate instance…

Yeah, right now you would have to run it as a separate instance but that approach should work very well

Tried to install it

Yes it is not validate in Gig Performer.
It works in Ableton Live, maybe this is 32bit?

I have ableton lite, and it’s pathetic for cpu, can’t handle 1 version of Omnisphere while Gp itself can handle many, is the full version of ableton any better ?

Don’t know, as I never used that.
I have Suite.

Still on the hunt for a good Metronome VST? I just found this one. Very stable, very customizable. Can even use your own samples.
https://tick.talaviram.com 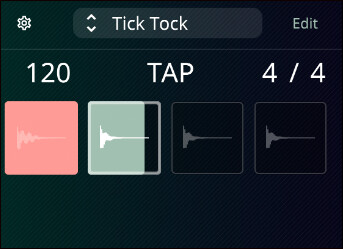 What is the advantage over the inbuilt metronome?

Example;
Ableton LIVE Streams all of the tracks (stems). Multiple scenes. Each scene is a separate song.
GP Handles all of the live VST hosting via song list. Each song has it’s Key, BPM and Time Signature set. Yet Override global tempo is NOT set. Metronome is ACTIVE.

I have tried this with and without LINK activated. Please advise