I have been curious about building a pedalboard for my bass rig for a while. I ran across this as I wasw wasting time on IG this morning. Has anyone else here considered going this route? Is the original poster here? I assume they are using a Mac Mini in this build. But I am open to using a PC or even buillding a Hackintosh. PedalRail on Instagram: "Reposted from @nabilhusin84 MK 1 (2020)"

My only concern is playing where there is no stage. People are curious and clumsy. Especially when they are drunk. My SoftStep 2 is more durable and replaceable than whatever components would be in this build. But this build looks impressive nonetheless.

Do you mean a home-brew midi controller or a board to place all your effect pedals on?

I didn’t look very long on IG (also, because I’m not a member I cannot see very much), so I will have probably missed something.

I mean an all in one pedalboard. A computer, midi controller, and interface mounted to a pedalboard. 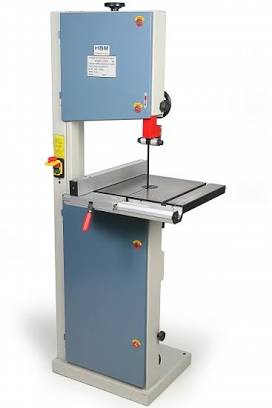 I guess. But with the ability to do much more.

Initially, I started out thinking along the same lines, to have everything on the floor as one pedalboard. The appeal was the compactness of it all. Then I realized, I would be giving up way too much in terms of my touch screen computer being on the floor and since it folds open like a tablet, I opted to put it on the mic stand. My floor space actually got more compact and I gained more controls within reach as well as lyrics window (if I wanted/needed that).

Has anyone else here considered going this route?

Briefly considered, but decided against.

All my guitar tones have been done entirely in GP for several years, and for a long time I was missing having visual feedback on the pedals of what was what and what was on or off.

I considered various displays for a pedalboard, including putting a laptop on it, but I just didn’t like the idea. Too much risk of stepping on it by mistake, and really just wasn’t practical for how I use it.

I also considered attaching a 14" or 16" monitor to a pedalboard. Closest I got was messing with a 16" touch screen I already have, along with a Raspberry Pi I already have, and linking it up wirelessly as an OSC display. It felt kind of cool, but not really practical because of power and cabling requirements and the hassle of startup and programming.

I settled on a Morningstar MC8 as the best foot controller solution for me. I didn’t want to spend the cash for a Mastermind GT/16 and it didn’t look to me like I’d be able to write to the displays through MIDI in real time. There aren’t that many other options for foot controllers with displays, and the Morningstar units were the only ones I found where you could control the displays in GP through scripting or the extension API.

This is what mine looks like. Only connection is a USB cable, which makes it easy to pick up and take.
For reading chord charts and such I still have to look at a monitor nearby. 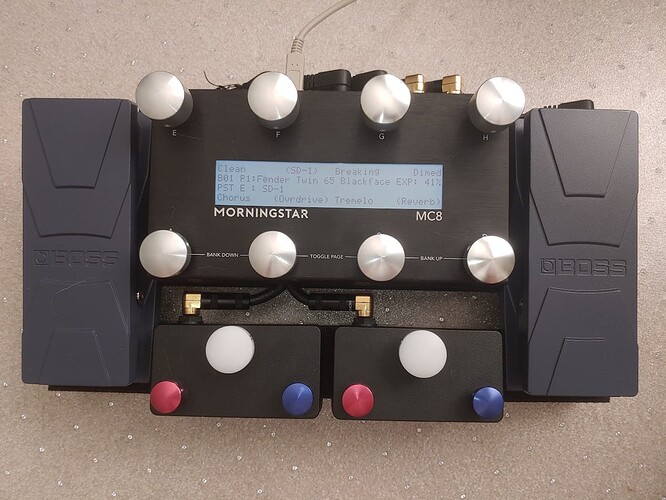 I understand the pricing issue but why do you think you wouldn’t be able to write to the displays in real time?

I don’t know if it’s worth mentioning, but the TinyBox upgrade to the Behringer FCB1010 lets you do anything (e.g. program anything) you can think of into the FCB1010 - which has a lot of hardware and two pedals - all of which can be run from an iPad including emulating everything from the iPad. The downside is it’s big and heavy. Unfortunately there are tradeoffs when you need the physical hardware. It’s possible to beat that too but at the end of the day you always have a tradeoff between time and money, which in turn usually means deciding between playing or building. Considering how adept and computer savy so many of the community members are, I don’t think much of anything is beyond reach if they wanted to do anything along these lines.

An impressive setup from @elucid

DIY Floor controller and monitor Stories from the Trenches

I’ve been a long time Gig Performer user and I use it primarily for guitar. When I used real hardware I was never a guitar’n’amp kind of player and was always drawn to using lots of pedals. As soon as I moved to the digital domain I pretty much went to town with it and now use a whole stack of virtual pedals - plus multiple pre-amps, amps, and cabinets. Gig Performer rapidly became the easiest way to manage all this but I really didn’t want have a laptop on stage with me - partly for the look …

Always happy to help with advice on any of it - Teensy programming, the GP side or the build - although all the programming and scripting are on my list to re-visit and refactor this year.

I understand the pricing issue but why do you think you wouldn’t be able to write to the displays in real time?

Only because when I looked for documentation on the Mastermind units all I remember coming across was the ability to configure banks and such ahead of time. I didn’t search that extensively, and since you have one I’m sure you know better than I do.

I take it from your reply that you actually can write to and change colors on each of the displays through sysex?

write to and change colors on each of the displays through sysex?

Learn how to control the RJM GT Mastermind pedal controller, a MIDI pedalboard with a collection of buttons Gig Performer with the help of GPScript.

And if you add a bluetooth wireless device you can remove the usb cable. Very happy with the CME ones.