Jim Erwin is a multi-instrumentalist and plays keyboards, piano, guitar and keytar. Jim was a working musician as his primary job from 1986 - 1995 with multiple bands including Vienna, Lance Powers Band, Ace High and The Living Daylights.

He currently plays in The Suburbans:

Suburbans is Kansas City’s best good-time dance party band. Music is a sure-fire source of fun. You cannot find a clearer example of that than Suburbans. Refusing to be limited by style or genre, Suburbans cartwheels right past convention and double back-flips into party mode with smile-inducing, head-bobbing, toe-tappin’, hip shaking hits from 1970 until right now.

On his Reverbnation profile Jim said that he loves performing and that he is psyched to get back to it. “I started a project with most of the members of the Suburbans back in 1997 but we didn’t see it through. It was fate that brought us back together again.”

For his live rig, Jim uses Gig Performer and you can learn more about his setup in this fantastic Backstage with Gig Performer episode: If we say that you Own The Stage with Gig Performer, Jim just owned the Backstage as well!

Make sure to check out this episode, lots of great info and stories lies there.

Here’s a better quality photo of the Jim’s setup from the stream. 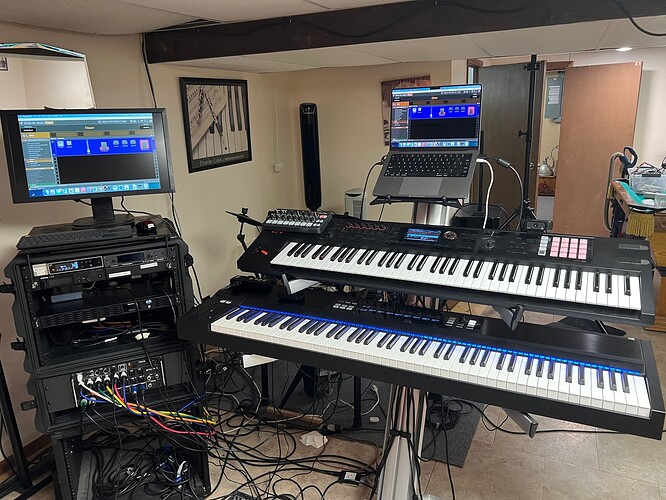 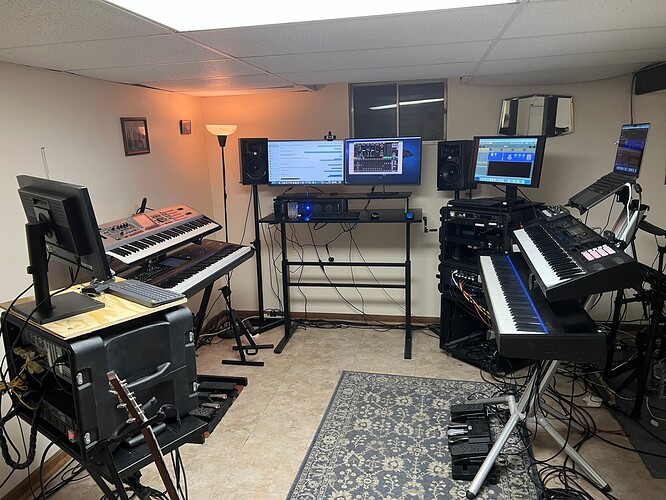