Yesterday I had my first Gig using GP4 only. I was a bit nervous, but as during rehearsals GP did not let me down. I’m using 5 GP instances:

Below some Pics of my setup: 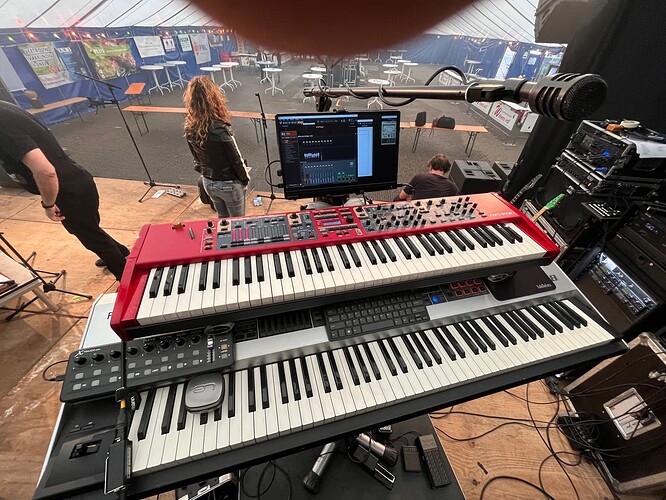 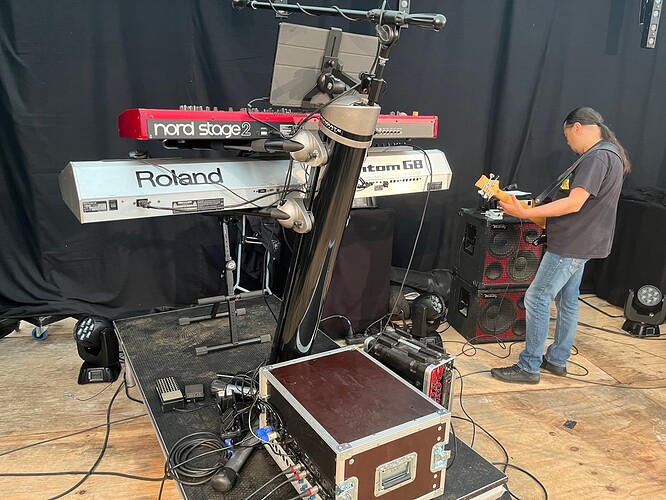 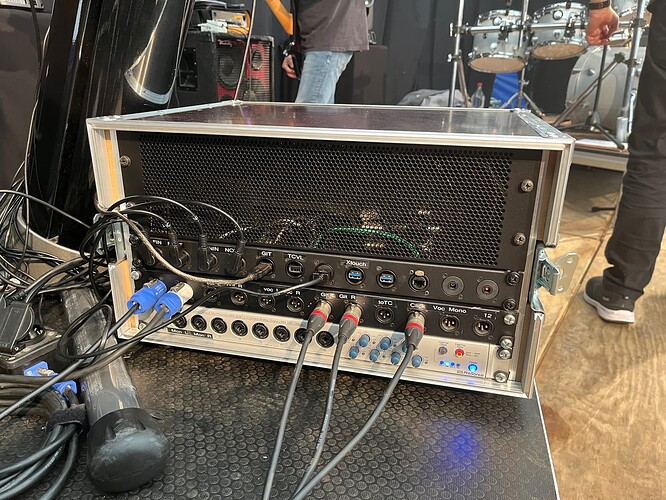 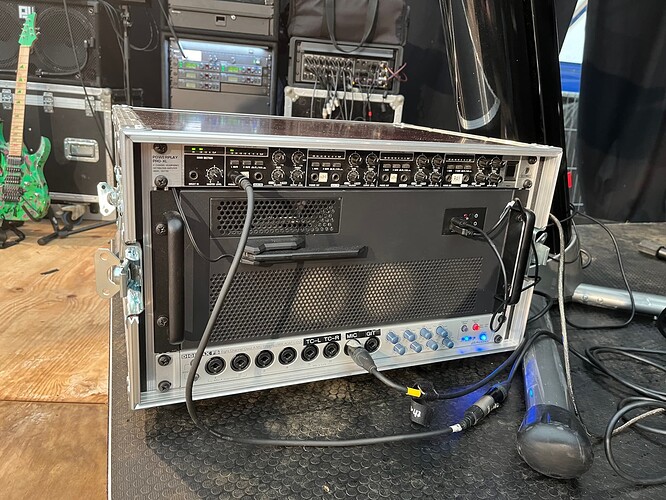 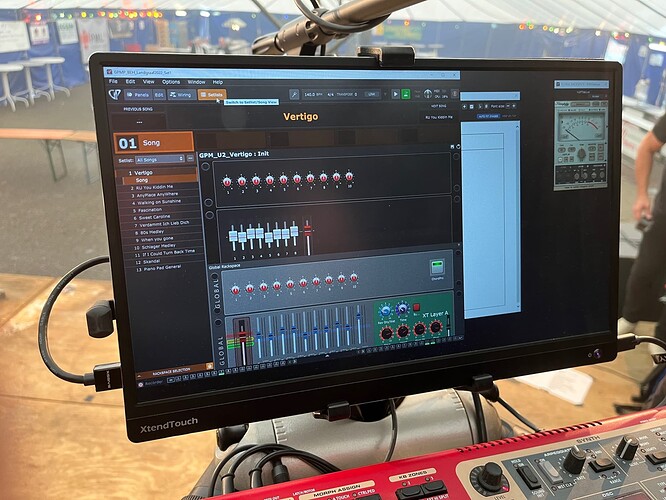 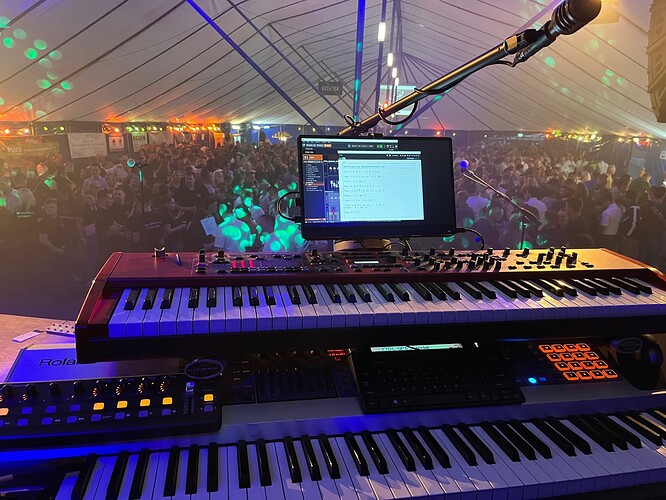 Regarding monitoring, I get a mix from FOH without Keys, my Vocals and without click. In GP I make a mix then for myself.
I noticed one thing, and I believe it has been mentioned before. When a “lead sheet” is open, and I open a new Gig ( eg. 2nd Set) then the shortcut for opening lead sheet (Ctrl-H) is not working anymore, As the lead sheet that is still open from the previous Gig is still open. I first need to close that lead sheet, and then Ctrl-H works again.

Another thing that “always” happens, is that when I open my 3rd setlist ( which uses Roland SRX Orchestra ), while another Gig is open, GP crashes while opening the Gig. It does not happen when I open just a “clean” instance of that Gig File. The Issue is caused by SRX Orchestra ( according to the dump file). Strange thing is though that it only happens when I open the Gig file when another Gig is already open.

Next week I have two other Gigs, and hope I can get some multitracks and make some Live footage.

One thing that might need some consideration: My rack has about 5 ms Latency.
Nowadays FOH is almost alwas Digital too, digital mixers have also a latency somewhere between 6-9 ms, that will add to the overall latency. As I got my monitoring directly from my Rack and not from FOH it was no problem for me. But the Guitar player “felt” the total latency as he got his monitoring from FOH.

Another “Inconvenience” is noticed:

We play mostly 3 sets, and I have to make 3 gig files for the 3 sets, as all in one Gig would require more 64 Gb of memory.
In the global rackspace I do my “stereo out to FOH processing” and also my monitor mix ( Keys, Vocals, Monitor from FOH, Click ). But because I have 3 gig files (for the 3 sets), I have to set my monitor levels again, when I load the next set.

I will make another Instance which will be exclusive for my Stereo Out Processing and monitor settings. Send the Stereo signal from the “Main instance” via loopback ( which is very easy with RME interfaces ) to that Instance. In that way, I have the same settings for the entire Gig, and I’m not depending on settings in the separate setlists. Also it will take away the additional CPU load for the “Master Processing” away from the Master Instance.

Next weekend the next 2 gigs, lets see how this works out then.

We play mostly 3 sets, and I have to make 3 gig files for the 3 sets, as all in one Gig would require more 64 Gb of memory.

You can use predictive load and set to a value that all rackspaces for a set list are loaded.

I played with that some time ago, but somehow I had some issues with it. Can’t remember anymore what it was, but I will have a new look at it.

When I first tried predictive loading in GP 3.x on Windows, I definitely had some issues with it. I have had no issues with it with GP 4.x on Mac so far. That’s why I felt comfortable going with 16GB of RAM.

5 posts were split to a new topic: Predictive loading feature