David Jameson is one of the Gig Performer developers, co-founder of Deskew, LLC, Ph.D. in computer science, and keyboard player in The Security Project, Beyond the Wall, and Reelin’ in the Years).

Here are some photos of David using Gig Performer in his various bands. The keyboards, one 88-note weighted controller and between (depending on the band) one and three 69-note lightweight controllers. In some back-lined shows, the supplied controllers are sometimes actually synths but in such cases they are used only for MIDI control. 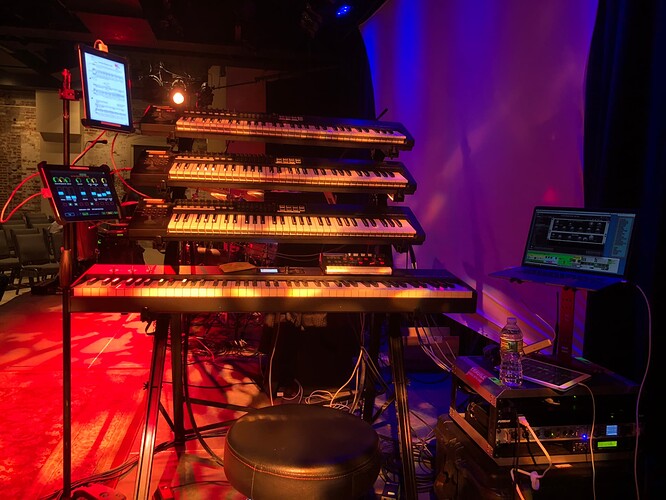 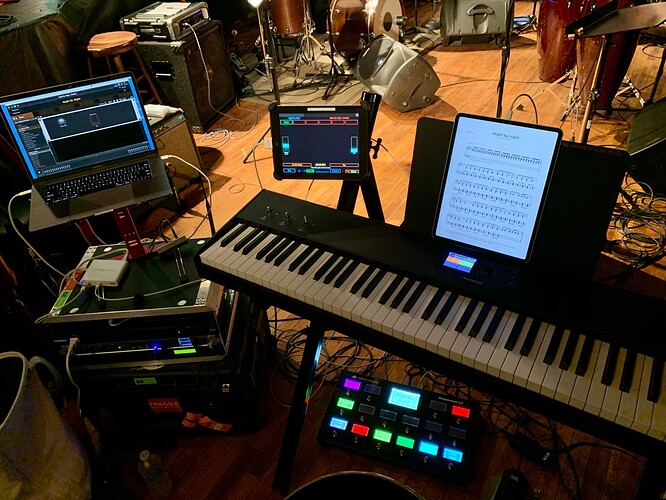 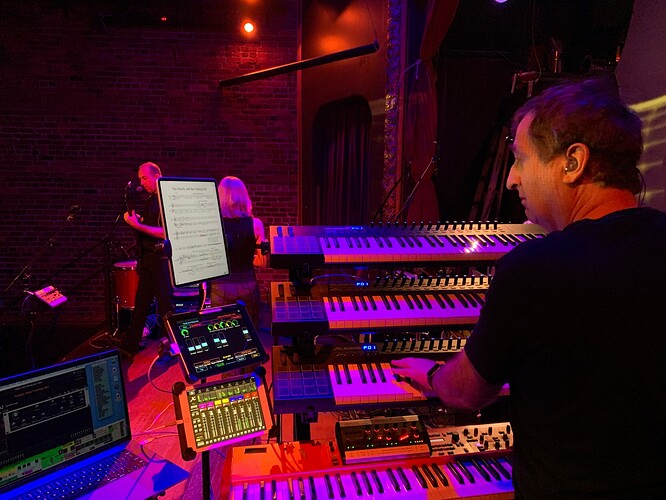 This is the most recent photo with Reelin’ In the Years, first post-COVID show: 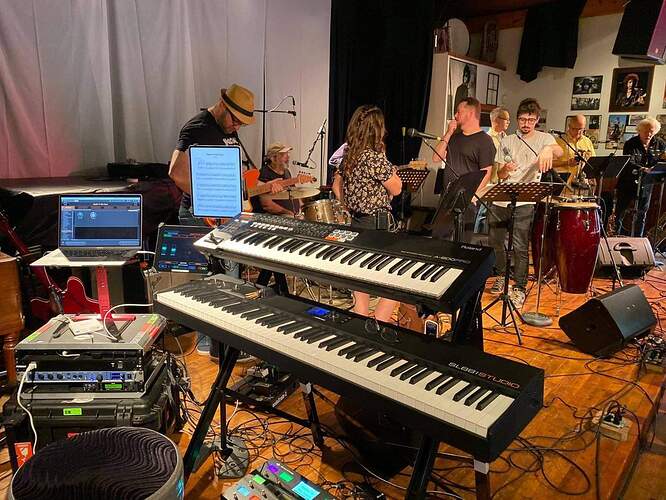 See here his live performance with Beyond the Wall. Gig Performer 4 was first used live in this gig (while still in the beta phase! 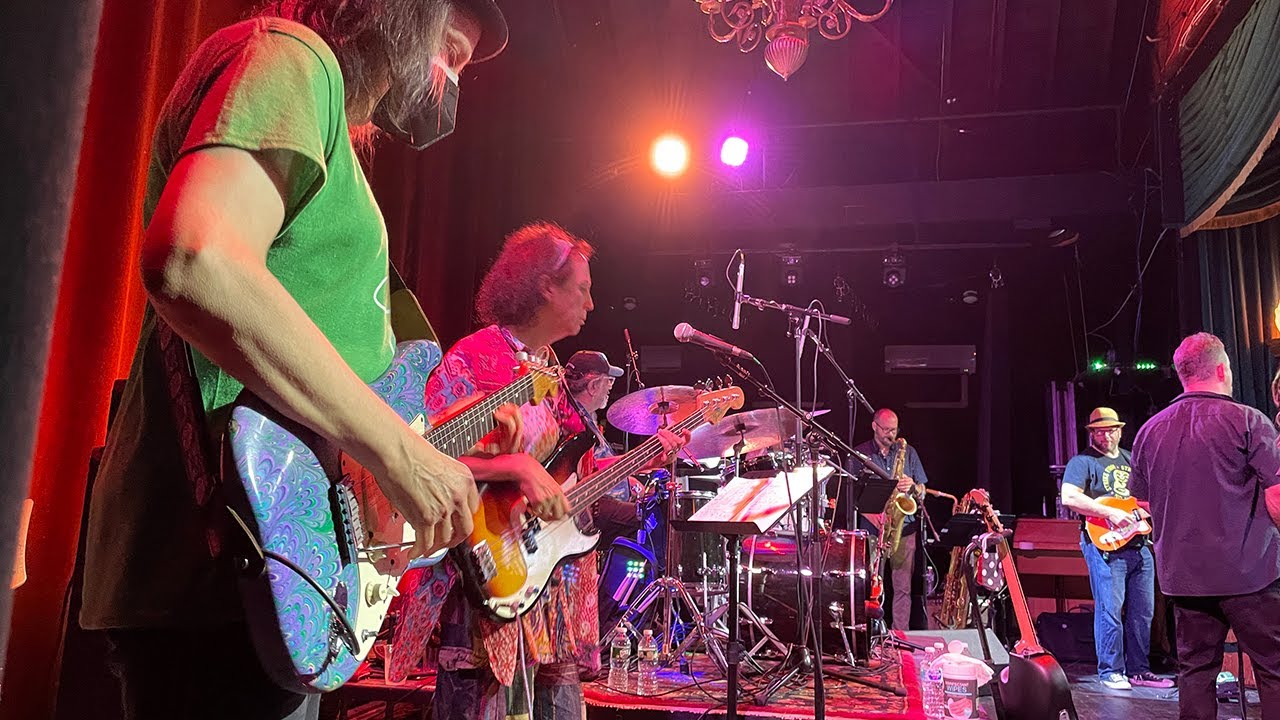 I love Steely Dan, and this cover is at the top. I love all the small details like the subtile and very good sounding back vocals

I think I know the guy playing keyboards…