I’ve gone through the optimization guide but maybe there is just something specific to the computer model I have that is causing problems.

Most plugins I run are just fine as long as they run stand alone. I’m doing a layer with 2 vsts (Pianoteq7 and a pad from Korg TritonExtreme) and I get pops/cracks almost right away. I’m running 44.1khz and 256 samples. Is this such a complicated layer? My cpu stays under 26% but gig performer shows cpu usage from 30- 42%. If I run either plugin by itself gig performers shows cpu usage of about 11-15%.

I have disabled all tasks in the task scheduler and I have gone through the services and disabled the recommended 40 services. There was nothing to configure in the BIOS.

I’m feeling a little stuck and wondering where else I can look.

What audio interface are you using?

Ok… the amount of available memory might be generally a little bit at the lower end, but shoudn’t cause any problems with the plugins you are using here…
Pianoteq surely is a bit heavier on CPU but an overall CPU usage (in Gig Perfomer) of under 50% shouldn’t cause serious issues.
Maybe you should follow these guidelines for PC-Optimization:
FREE e-book by Deskew - Optimize your Windows PC for the stage! - General discussion about Gig Performer - Gig Performer Community

Oh, and welcome to the Gig Performer family!

Thanks I’ll review that. Looks like some extra stuff there to try outside of the standard optimization guide.

Did you test your system using this DPC latency monitor?

LatencyMon: suitability checker for real-time audio and other tasks 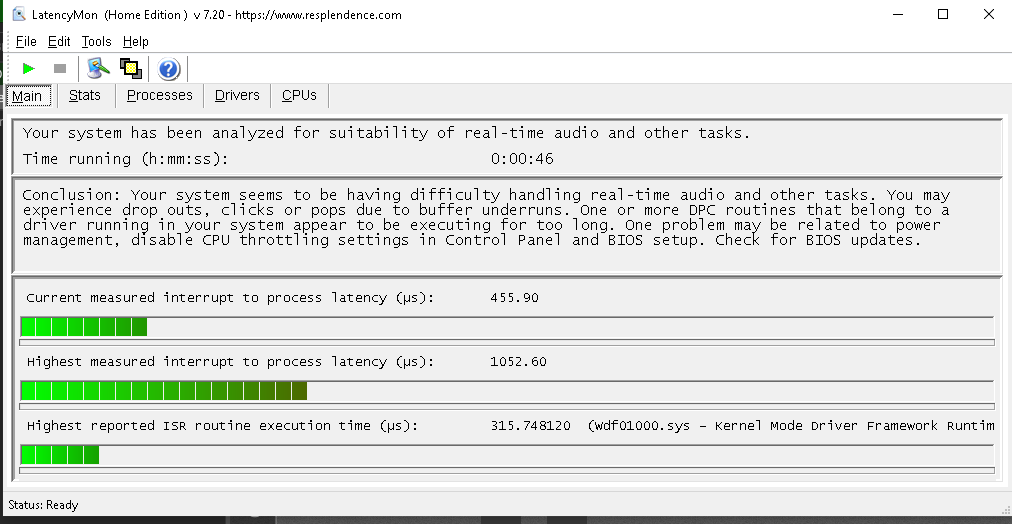 image1012×524 19.9 KB
Thanks for that suggestion david-san. It appears I have some issues. The LatencyMon said things were fine until I used a layered sound. I’m on high performance power setting, but my BIOS may be old. I’m going to update that see.
cannonball April 27, 2022, 10:13pm #8

I looked into the BIOS update. It doesn’t look trivial. Is there something in the LatencyMon report that I should be paying attention to?

Network activity and display drivers are two frequent offenders. Is the layered plugin in question trying to connect somewhere for updates? Is the plugin window itself open when the pops occur?

For display drivers it looks like I have two. Could they be issue? 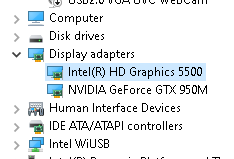 I turned off the internet when I play. I keep both plugin windows closed. Thanks for the question. I’m starting to worry I just don’t have enough fire power on my PC

I did a funny experiment. I adjusted the power/sleep settings so the monitor would turn off but GP is still running I played the 2 problem plugins together and didn’t get any pops/cracks. Really odd. I don’t know what to make of it.

I went crazy with a sustain pedal and could get it to crack. But it’s a big improvement. Though realistically I couldn’t make it through gig with the monitor off.

Sustaining notes does add CPU burden. Have you tried using multiple instances of GP, putting the Pianoteq in one and the Korg in the other? The CPU load will be more balanced, as each instance will use its own core.

is there a trick to opening a second instance? I’m navigating directly to the .exe file while I have an instance opens and it doesn’t pop up. I’m using the ASIO4ALL v2 driver

You open a second instance within GP from the main menu.

cool, thanks. I opened another instance. But the audio outputs can’t be selected. 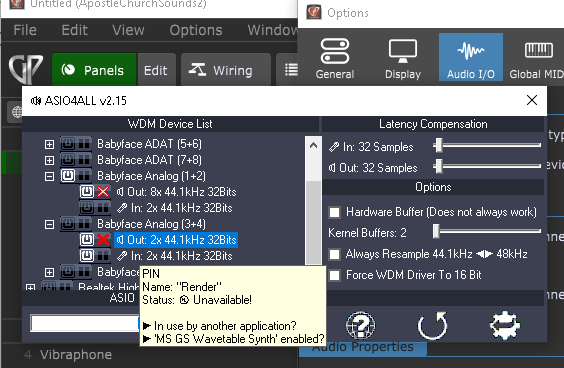 should I be able to enable the same for both instances?

If you’re using a Babyface, I believe you can use that for mulitple ASIO instances without needing to use ASIO4ALL, which is not great at all for live application.

Thanks I’ll review that. Looks like some extra stuff there

For display drivers it looks like I have two. Could they be issue?

Most configurations nowadays have two. You try disabling nVIDIA and keep the Intel graphics.

Better configure your RME driver, it is far more superior than ASIO4ALL.

I will get on that! Thank you!