Trey Gunn is a well-known touch guitarist that recorded and performed with many musicians and bands, such as King Crimson, Security Project, Tool, Puscifer, Gordian Knot, and many others.

He has released a number of solo albums, as Trey Gunn and as the leader of The Trey Gunn Band. See his homepage for more info.

In this Youtube video, he explains how he uses Gig Performer and how his setup looks. 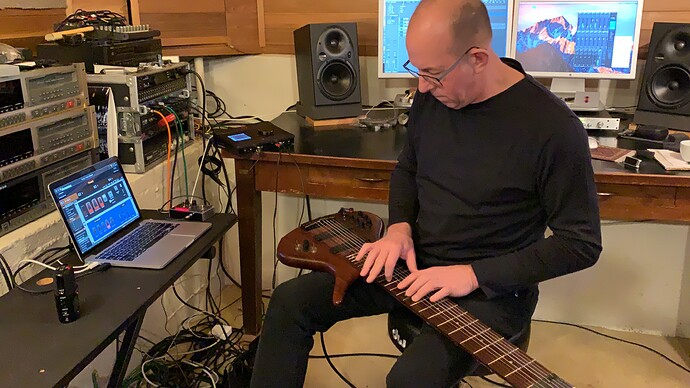 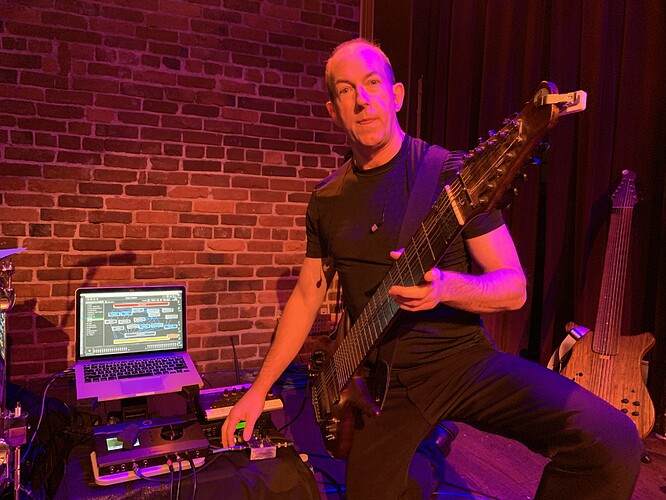 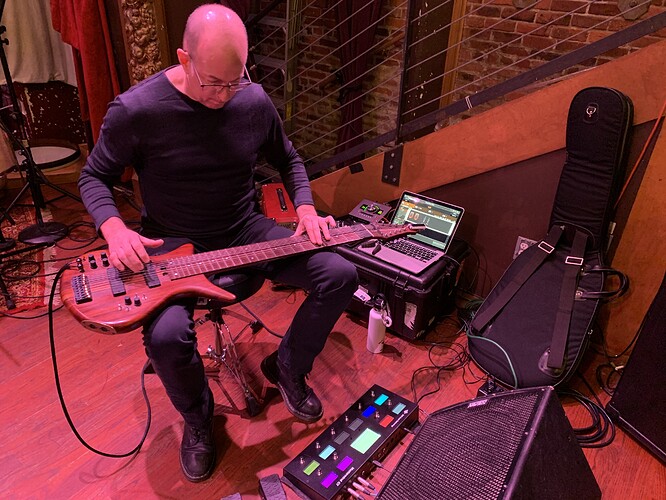 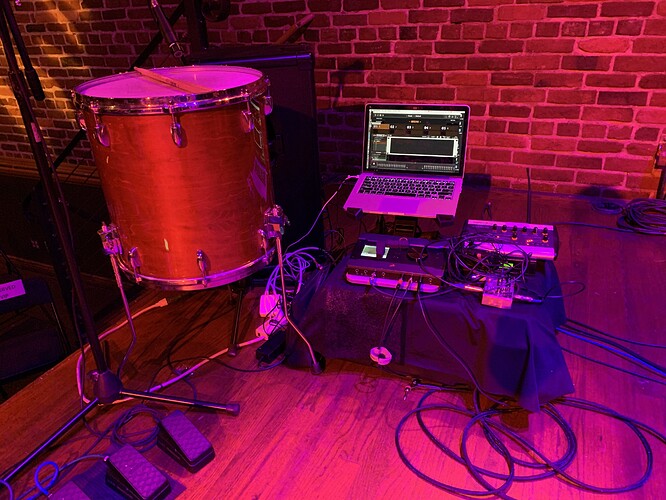 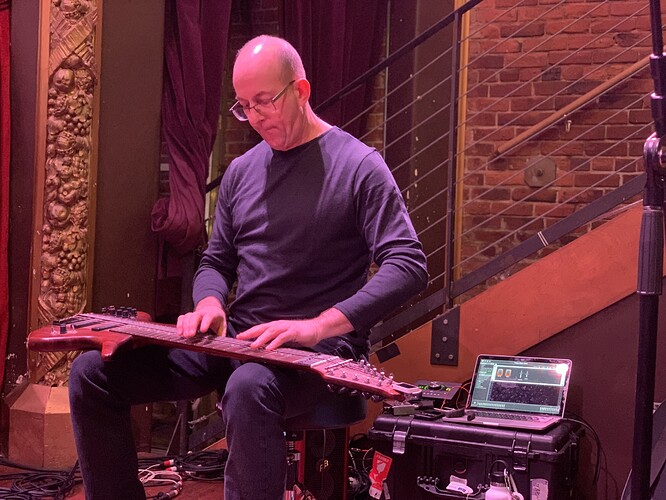 Trey praises Gig Performer’s advanced routing options that can be easily managed, as opposed to legacy pedal and rig configurations.

My last trip before the world shut down was a flight up to Seattle for the Deep Energy Orchestra show at the Columbia City Theater where I took all but one of these photos (some are from the Security Project show). Trey was playing with the band that night and the next morning we filmed several videos for Gig Performer in his studio before he dropped me off at the airport.

Little did I know on that return home that would be the last plane flight I’d take for almost a year and a half. Next month I’m flying for the first time since that trip, only this time to New York where I’ll see Trey, David Jameson, Robert Frazza, Jerry Marotta and so many more of my musician friends that I haven’t seen since last year. And hopefully I’ll come home with lots of good photos and videos of Gig Performer in action to share.