Thaddäus Weindl is a keyboardist in Sugar Daddy and Beyond-a-tribute, ex Brown Sugar.

He utilizes lots of different sounds, plays pre-recorded backing tracks, triggers videos, and generally keeps busy during performances. It’s a lot to juggle, and he relies on Gig Performer to help him keep all those balls, or, more accurately, sounds, in the air. Check out more in this interview. 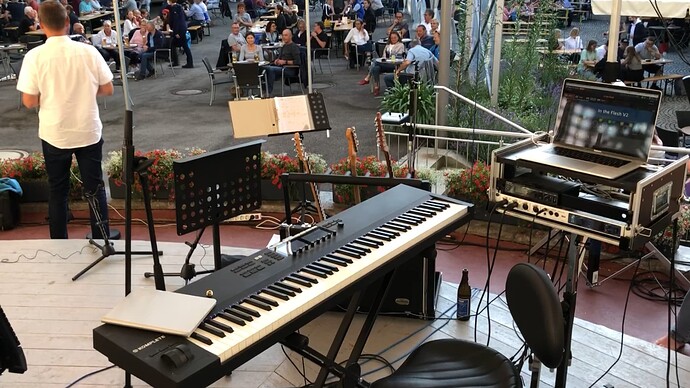 Now, off the record

Thaddäus is not only one of the greatest Gig Performer beta testers, but also a true master of Gig Performer.
If we say that Sky is a limit with Gig Performer, then he owns the universe.