i need your help! What do i have to map, for the previous/next Song/Songpart Button in my global Rackspace?!

It would be great, when i could midi learn it to my pads at my keylab… 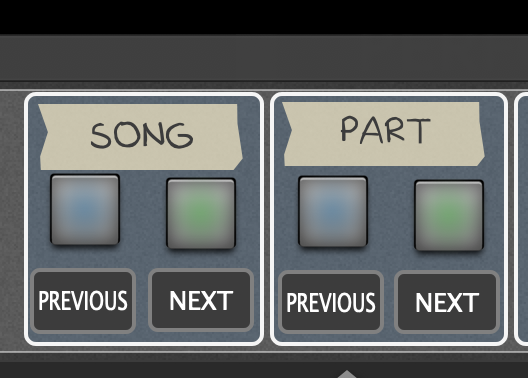 Do you actually need to have buttons on your computer or do you just want to do it from your controller.

If the latter, why not just go to the Setlist section of options and learn the commands directly? 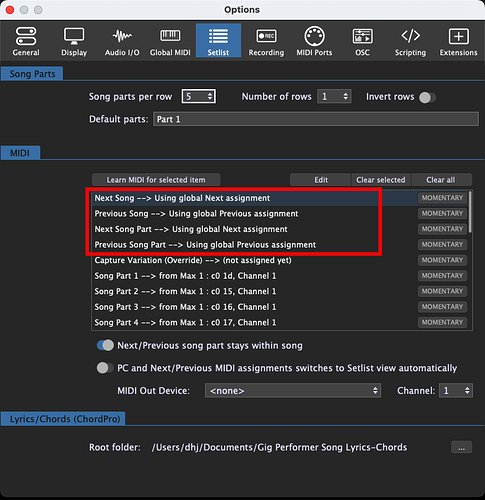 However, if you want to have buttons, you can assign them to the appropriate parameters in a System Actions plugin that you insert into the global rackspace. Then just learn the buttons to controls on your controller. 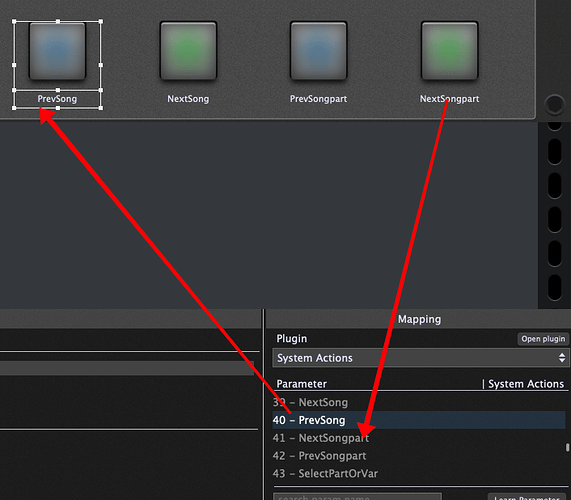 thanks @dhj its great to get a direct answer!

actually i just want to do it from my controller,… i’ve tried it from this “options” section, but when i mapped it, and i used it, it takes not the next or prev song, it jumps to the 2nd or 3rd,…

maybe i have a problem at my controller, but i’ve tried every single pad

i will try that tomorrow! Thanks!!!

Did you enable “momentary” for them?

no,… is this the solution!?

aaaahhh,… i will try it directly tomorrow!!! thank you so much,…

… btw. dont care if its the solution (it would be perfect), the main thing is that i could easily insert this System Actions plugin and there it is,… GP is just such a crazy damn solution - really heavy!

i thought “momentary” means “just for this session”

i thought “momentary” means “just for this session

See the description for momentary in the documentation

thanks for your help!!!

is the following set up logically or is it better to put those commands on the Pads of my Keylab 61 (first version)?! 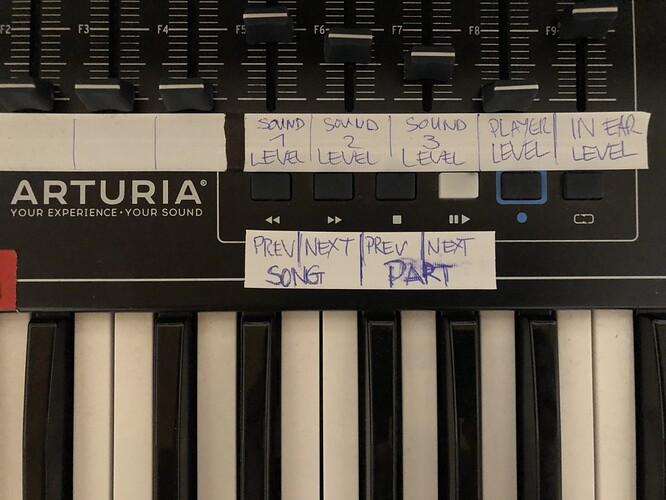 I’m using the KeyLab MkII with the DAW Commands / User buttons for navigation in GP.
It’s your personal choice…

but this is going to work,…? thanks @tripleB

I have a slighlty different setup. I will check the exact mappings this or tomorrow evening and get back to you.

Basically I’m changing songs with my iPad (OnSong takes care of my setlists), and step through the song parts with a footswitch. But I’m also able to change the songs of the setlist on the iPad by keys on my KeyLab, or select the next song part (or rackspace) with the KeyLab.

OK. Here we go - a little bit more than requested, but to show the (endless) possibilities of GP and to share…

Intro:
I use a hybrid keyboard rig based on a Kurzweil Forte SE and an Arturia KeyLab 61 MkII. My setlist and songtexts/chordsheets are managed by OnSong on an iPad which is connected by Bluetooth MIDI to my MBP. All songs send dedicated Bank Select / Program Change to Gig Performer. For each song there’s a corresponding song on a global Setlist in GP. The underlying rackspace sends Bank Select and Program Change to the Kurzweil. The KeyLab has a fixed User preset where the DAW commands / User buttons send specific CC messages (besides all the other controllers, foot switches etc.). 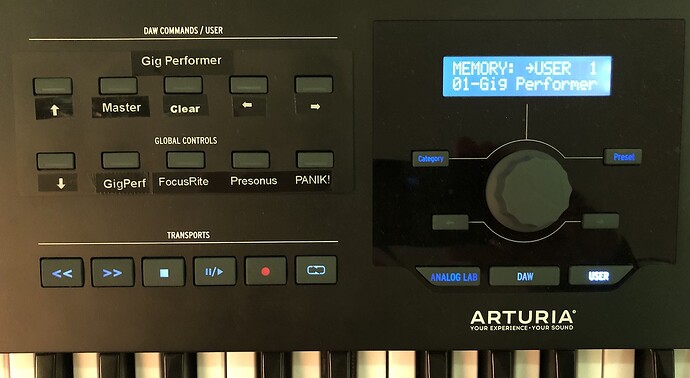 This is achieved by the following global MIDI and Song setup 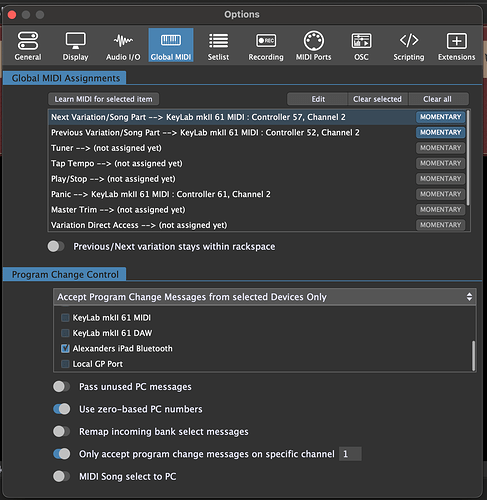 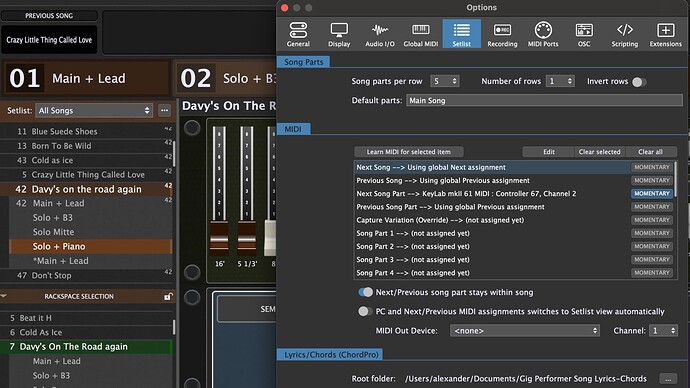 I can now switch to the next song part with a foot switch sending CC67@2 (I also can loop within the song part, but that’s an other scripting story - I think I already posted this here)

I can now go to the next or previous song either by swiping on my iPad, or use the left/right arrows on my KeyLab (DAW Commands…). These will cause GP to send Note On Commands to the iPad, and the iPad ‘responds’ with the corresponding BS/PC described in the beginning. This is done by a script in my global rackspace (just an excerpt…)

This is just a basic sum up of my rig. I know that some thing also could be done easier or different. However this was “inherited” from my MainStage to GP move. For me this is suitable.

What I did not set up is syncing the iPad by changing the Song in GP directly. For the other buttons like “FocusRite”, “Master”, “GigPerf”, “Persons” I have some underlying GP script invoking external AppleScripts to bring these applications in front of GP or vice versa - very helpful just to see the mixer, or my second master instance without touching the MBP… Different story…