Has anyone tried this device with Gig Performer?

One sensor, infinite possibility. Incredibly sensitive, the Morph can translate the lightest touch or a heavy strike into creative control. Swappable silicone rubber overlays give you a piano, MPC, drums, typing, video editing, DIY, and more....

He can talk about in person 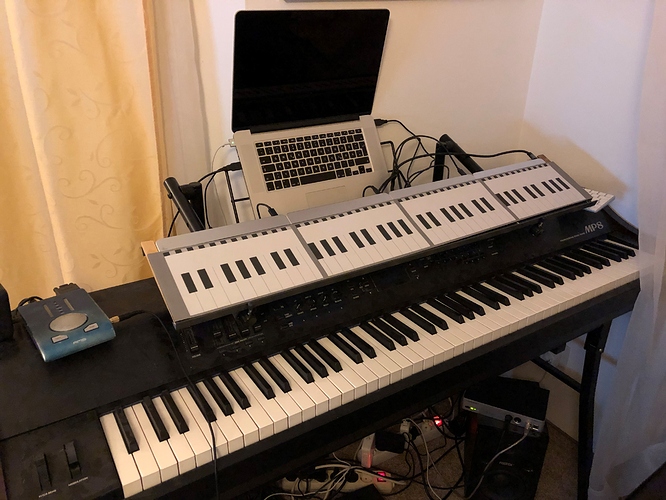 How to build your own Continuano

With the new version of the Senselmap application it is finally possible to release a first version of an imho very interesting overlay I have been working on in several iterations for quite a while now. Introduction The Continuano can best be... 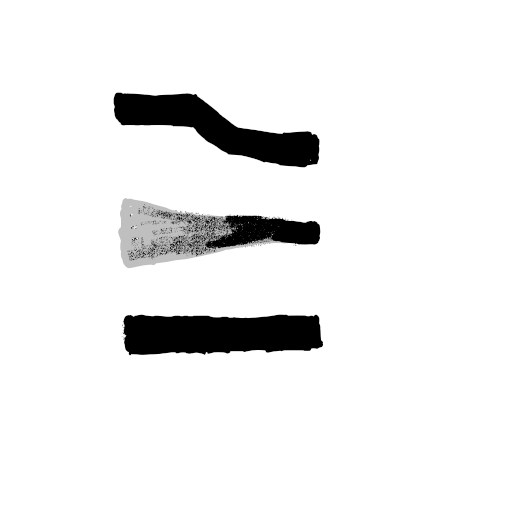 This category is for questions and discussion specific to the Sensel Morph when used as an electronic musical instrument. (For other non-music related usages the official Sensel forum might be more suitable)

Yepp, have been using the Sensel Morph together with Gig Performer for quite some time now. The Mac is only used for music, with the last stable version of GP.
I’ve recently changed my setup a little. Essentially everything is built on top of a pedal board as it’s usually used for guitar effects. Have velcroed these things on top:

Still have some things to iron out though (e.g. I still get some hanging notes sometimges when playing the Organelle with the Morphs. Not happening with the Mac based synths). And my custom Morph layout is built in a way that it has three octaves over two Morphs. This setting isn’t directly supported by the Morph firmware though, so I usually map the full pitch bend range to just one Morph and then set the synth to +/- 18 semitones range - works! Unfortunately the EaganMatrix doesn’t offer +/- 18 semitones, so I am currently using the Sensel made piano overlays as a workaround. These have two octaves per Morph. A little narrow for my taste but still playable. On the up-side it’s 8 octaves now.
There are three ways out: Sensel could add support for 3/2 pitch bend range per Morph, EaganMatrix could support +/- 18 semitones - or I would have to go the MEC route (had some prelimiary Morph support hacked into this some time ago and stopped working on it because the internal firmware could do anything I needed).

For Mac plugins that don’t support +/- 18 semitones the GP scripting works perfectly, remapping pitch bend is quite straightforward there!

I’m assuming their “Innovator” pad could be used for maybe drawbars control, etc?

Sure, the innovator layout is good for prototyping. The overlay above was printed on neoprene, so it has a feeling not completely unlike a Continuum. With 3d printing you could also create overlays that have a haptic component.
You could e.g. define a rectangle and change a CC value according to the absolute value of your finger on it to simulate a drawbar (which obviously wouldn’t really move). Layout specifications can be defined in the “SenselApp” application and then uploaded to the Morph itself, so it acts as a MIDI class compliant controller, without a computer.
That is perhaps the biggest drawback of my current overlay: It spans all four Morphs. When using the official piano overlay, innovator’s overlay etc. you can more easily “mix and match”. E.g. one innovator’s overlay with custom synth controls, two piano overlays for playing over four octaves, one Buchla overlay. Which could be replaced by a drum overlay for the next piece etc.