Just curious if anyone has been able utilize Jamstix by Rayzoon in Gig Performer 4? It seems to work fine if I build a song and then use the transport controls to playback the song, but I was hoping to be able to use the live performance mode and be able to trigger parts dynamically. For some reason, I haven’t gotten that to work, and I don’t know if that’s a gig performer issue or a Jamstix issue.

Also, this would primarily be used in solo practice sessions, so no deal breakers here if it doesn’t work. It just lets me know I don’t need to look at an actual purchase of the VST.

What do you want to achieve?
Trigger parts via Widgets etc?

Yes, I would like to create a Verse / Verse Alternate / Chorus / Bridge and be able to trigger each section via a widget.

I already know how to set the widgets up to trigger note values — it just seems like I’m missing something within the plugin itself.

Did you read the user manual of Jamstick?

I will say, not everyone is as good about documentation as I’ve found in Gig Performer thus far. 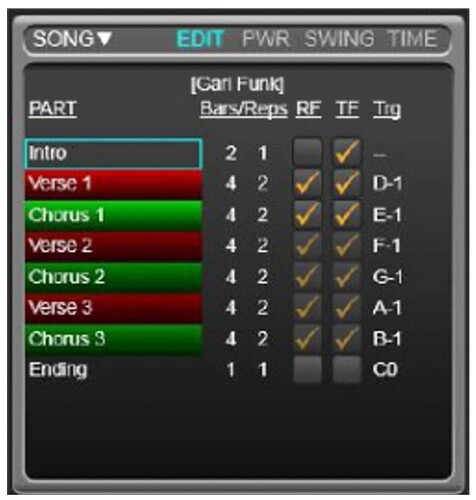 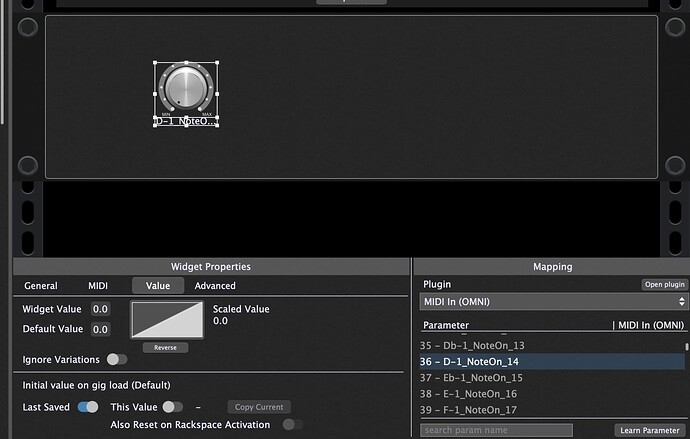 Ok, found the documentation. When I get home later I’ll give it another shot to see if I can get it working. I had to search their forums and it looks like I’m not the only one who had the issue finding it.

Yeah, it’s a tiny unlabeled icon in the interface:

Got it to work. Great software, but might just stick to practicing with a metronome.