Not a big issue but what could be the reason for some rackspaces don´t having a number!? 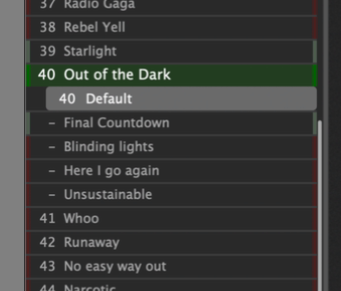 It looks like you have been manually adding specific PC numbers to the first variation. I’d say you haven’t done this for those that are blank.

As an example, the reason why The Final Countdown is blank is because it’s at position 41 in your list, but you have manually assigned PC 41 to Whoo, and they can’t share the same number.

So I assume it came from maybe inserting rackspaces without PC numbers at some point. 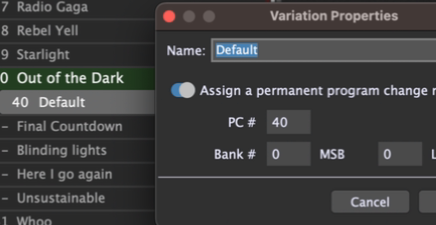 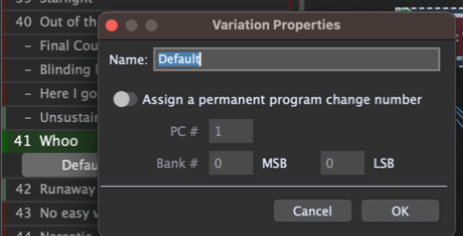 Is there a way to re-assign the PC numbers automatically without doing it manually for every variation? 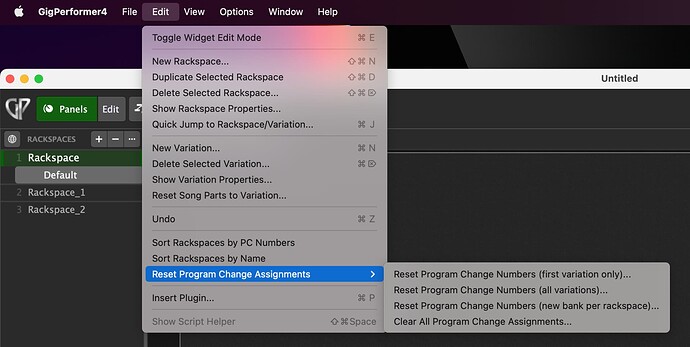 don´t having a number!?

This is all described in this blog article: Gig Performer | Program Change Management