I try to use SetListMaker (the single user version of BandHelper) to select songs from a setlist within GP. So far I’m able to send the required Midi-PC from SetListMaker but it will not select any Song within the Setlist … no changes to the selected song.

I assume that I’m missing a simple klick in one of the options menus to enable the song selection via Program Changes within the setlist … but I cannot find it.

MidiMsg as seen within the MidiMonitor: 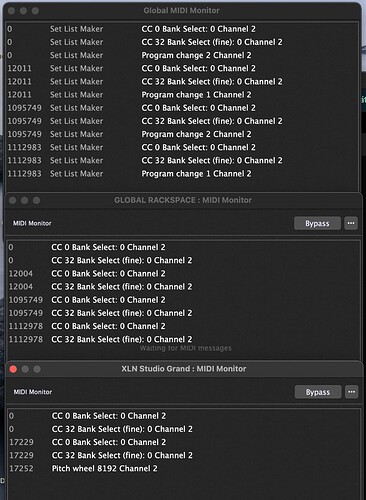 I have also tried to follow all the recommendation found in the forum the required GP and SetListMaker setup: 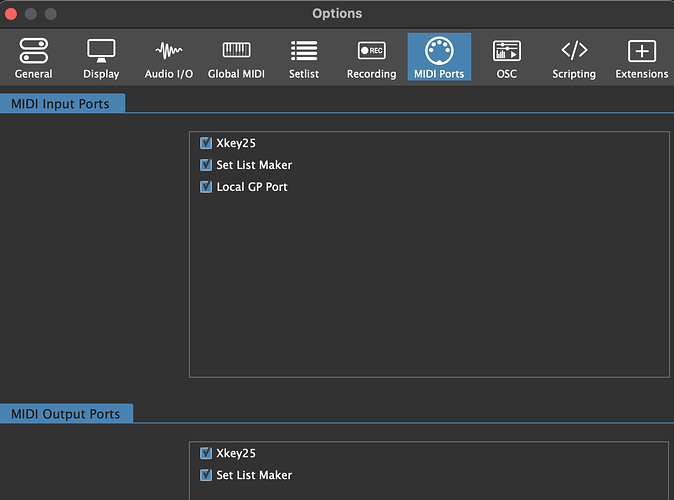 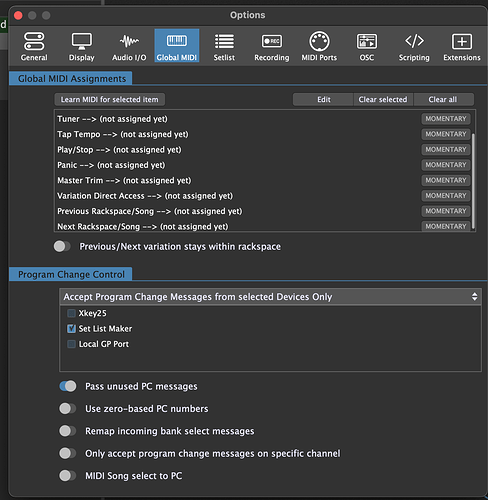 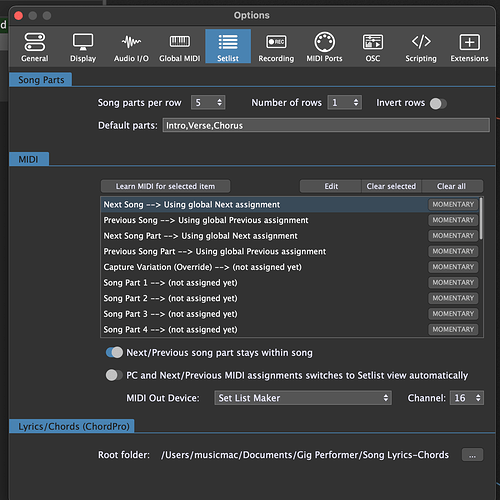 Any hint is highly wellcome
Charly

can you change SetList Maker so it sends on Channel 1, now it is sending on Channel 2,
Maybe that helps.

OK, can you upload a small gig, I could check it?

One item I do not understand is that within SetListMaker you can check the active MidiPorts: I see the keyboard but not Gigperformer in the list – but the MidiMonitor within GigPerformer shows MidiMsg from SetListMaker ??? But you can select GigPerformer when you prepare a MidiPreset and I have enabled GigPerformer as MidiDevice (see my picture in the initial post??? 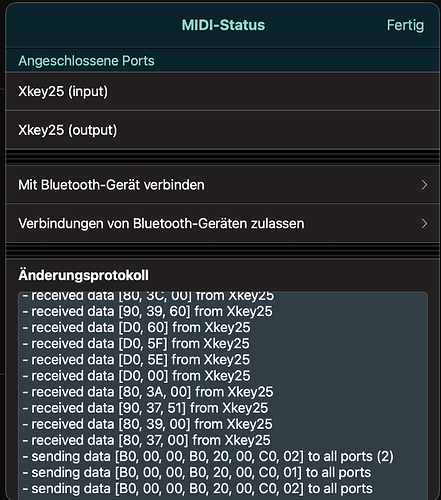 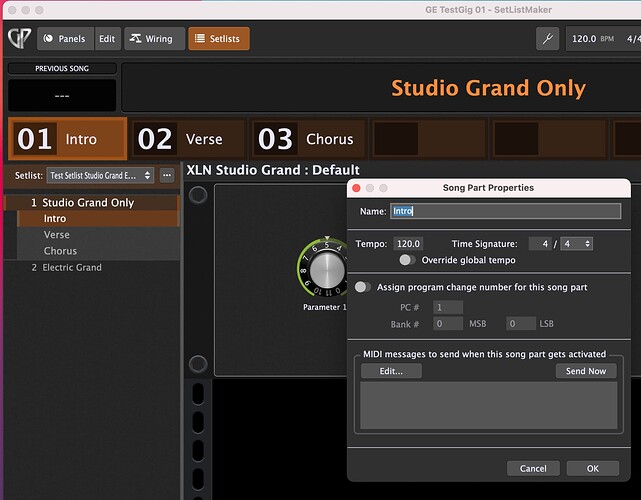 You did not assign a PC number to the song parts.

So the idea was to send a PC to select a song from the setlist
(that’s what I tried with this first version)
and to use the GP option to assign PC numbers to song parts to select an individual part of the song in a later version.

Do i understand it correct that it is only possible to select song part and not to select a song from a setlist via Program Change ??

Selecting a Song Part automatically selects the correct Song.
So yes the truth is: WIth MIDI you select a Song Part and and a Song.

It is the same with rackspaces: With MDI you select Rackspace variations and not Rackspaces.

thanks ONE step forward … I can now select song parts via PC# but I’m not able to select another song - even if the song parts have different PC#.

Under Global Midi settings if you don’t have Accept Program Change from any Device selected you need to make sure you SongList device is among the selected devices. 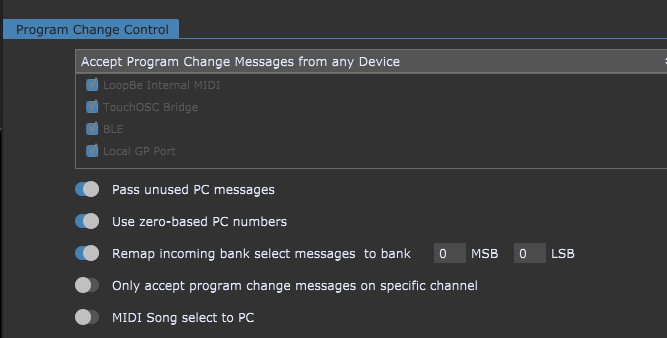 thanks ONE step forward … I can now select song parts via PC# but I’m not able to select another song - even if the song parts have different PC#.

I used your gig and assigned PC 1-6 to the Song Parts
As soon as I send PC4 the 2nd song and 1st part is selected.

So I See no issue.

Thanks !!! Thanks !!
… for all the support and recommendation.

Looks like I need to spend a few hours (tomorrow) to think through all the infos and to test it.

Thanks again for your support