I’ve been trying out Gig Performer as I really like the interface and general concept with widgets. As a PC user, I’ve been using Cantabile so far but always looked at MainStage (which I’ve used in the past) with a little envy for it’s nice graphical front end. GP seems even better. But I have some basic things I use in Cantabile that I can’t seem to get to work in Gig Performer.

I have a rack space that holds a few different keyboard instruments in it that I want to switch between with variations. I would call this my “main keyboard rig”. In Cantabile, I use the pads on my Keylab to trigger Piano, Rhodes, Wurlitzer and B3, sending out low notes on channel 16.

What I’ve done in Gig Performer is build a rack that has all those plugins (either in a Kontakt multi on different channels or in separate instances, doesn’t seem to matter) and I’ve created separate midi inputs for each instrument. Then I’ve created switch widgets that I’m using to “bypass” each midi input plugin. Then I create different variations with different switch settings.

I understand that bypassing midi plugins cancels the note-offs being sent so notes are hanging. From googling this issue it seemed however that bypassing the midi plugins should send note offs to the connected plugins. That’s not happening. Ideally I’d want something in between; to keep the notes running while I’m holding the keys down or pressing the sustain pedal, even if I’m switching presets in between, until I let go of the keys or the sustain pedal. Cantabile does this by tracking which note goes to which plugin so you can get natural transitions without hanging notes.

I can’t figure out how people do this in Gig Perfomer. Am I supposed to always let all notes go before switching sounds? I’m sure it must be something basic.

Did you check “Patch persist”?
With this option enabled you can switch between rackspaces and your sound remains until you release the keys or the eventually pressed sustain.

Another possiblity is this:
Just use a filter to filter out note on messages in Variations.

I’ve added screenshots of my setup. I’ve just noticed the following;
Only the piano on channel 1 (Kontakt, channel 1, The Grandeur) is hanging when I select the “Rhodes” or “Wurlitzer” variation. The Rhodes and Wurli both cut off immediately when I select another variation (or manually use the switch). Whether or not “patch remain” is on for the rack space doesn’t change any of this behavior, neither the hanging nor the cutoff. I literally copy/pasted the midi input blocks and the widget switches and only changed the channel in the input block (Rhodes block maps channel 1 to 2, Wurli maps channel 1 to 3, piano is just regular). 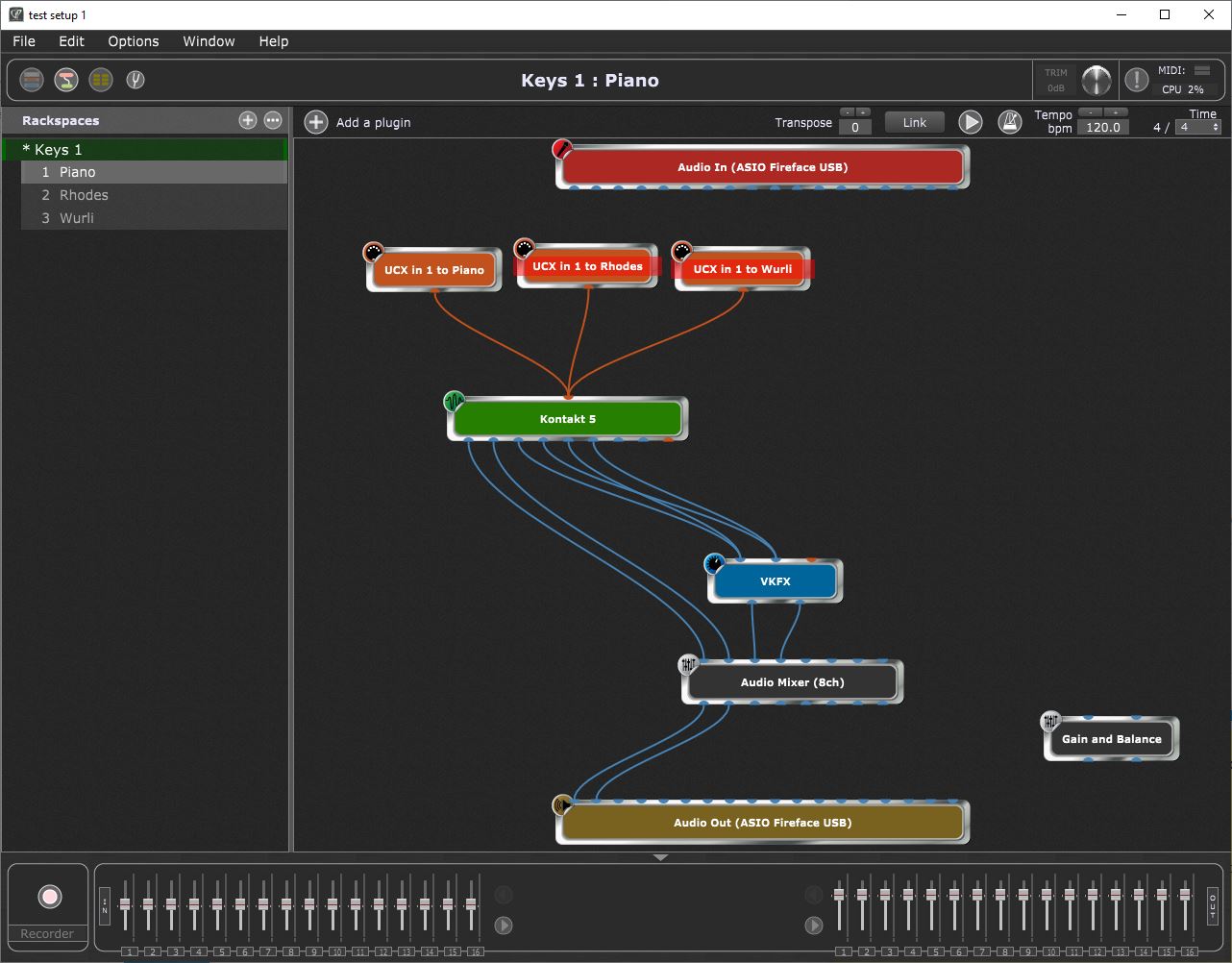 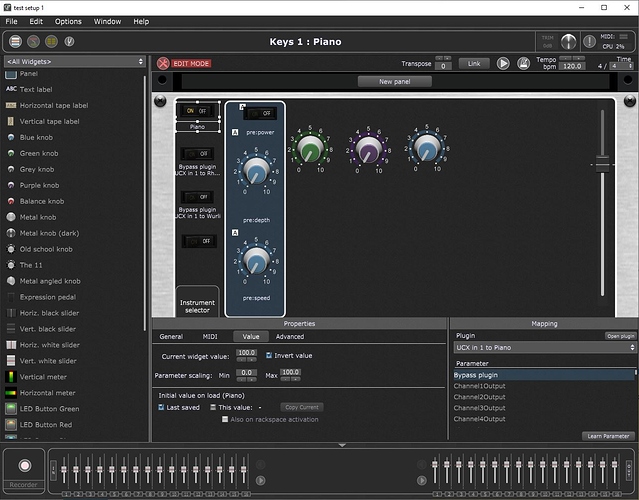 Can you upload this gig?
I could make the changes for you.

Thanks for the solution, and the offer, I’ll try to do it myself, that way I learn something!

OK, feel free to ask when you need support.

It was an easy fix, thanks for pointing me in the right direction. Just an extra step compared to Cantabile. Still learning Gig Performer’s logic!