Once Covid shut everything down - and now a 2nd time in Toronto - Paul put this together for Live Streaming online and online Video Collaborations for Originals. 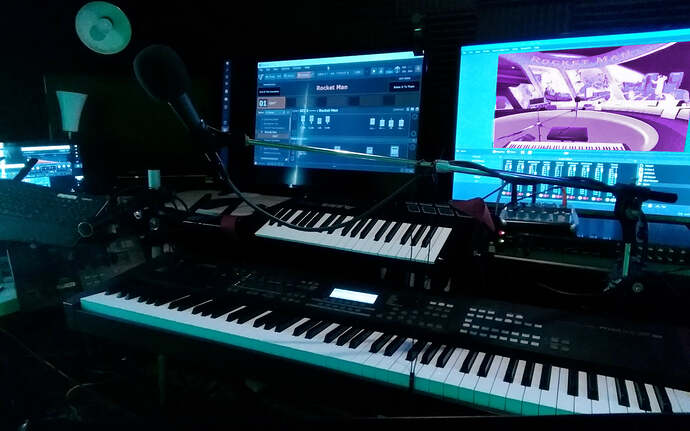 An older photo of Gig Performer 3: 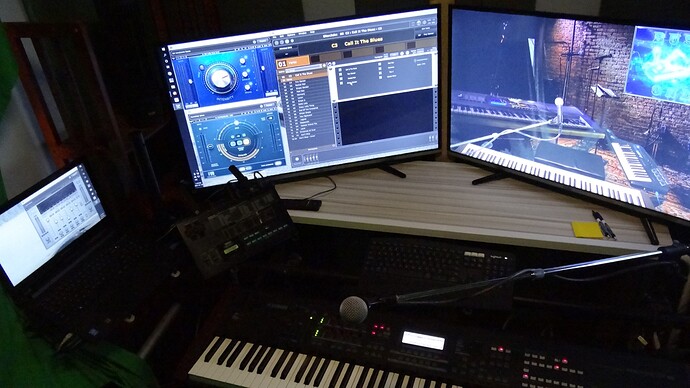 It’s kept him busy and Paul misses playing in the groups.

Paul was a Forte user that switched to Gig Performer.

Currently he does live streaming on Streetjelly using Gig Performer.
Gig Performer hosts his vocal effects as well, as a few extra instruments. It also sends program changes to the keyboard and MIDI notes that switches the scenes in OBS Studio on a 2nd PC.

He concludes with: “Much better than a Full DAW for Versatility, Ease of Use, Lack of Overhead (what you add is what you get…) And Capability to do Anything you can imagine.”