? patching feedback loops in GP3 not possible ? seems not

Hi there,
i tryed to patch a feedback loop. The idea would be to incloude some more VST-FX within that FB loop, ofcourse.
in fact my test patches had a gain control inclouded.

the results were mixed, but finally allways led to think that its not possible,
and something with GP3 is shuting down if i patch a FB.

first i had a audio signal going, but way weaker as thought,
iirc turned this patch automaticly to shut off.
I had in all three FB test patches finally shut downs of the whole audio,
until i removed the feedback patch.

so, there is no way or workaround to be able to patch a feedback loop in GP3 ?
( i finally can follow if this was programmed by purpose, for security reasons

i finally had one moment where the patch immediately and with NO control begun to scream ! VERY load !!
luckily were my phones set to quite a low level…

( its one of the things i´m deeper into to patch feedbacks, hehe )

i tryed to patch a feedback loop

What does this mean? Could you please try to explain in more detail?

What does this mean? Could you please try to explain in more detail?

patch for example your audio signal to a mixer module,
and then feeding the audio back from the output of that mixer to another input of that same mixer,
with incorporating more VST-FX blocks inbetween that connections.
(just to create a picture ! don´t do it…or turn your speaker/HP Volume way down ! )
so: audio out of the mixer ----> patch into a FX, for example a BP filter, ----> then patch back into a another input of that same mixer.
now we have a “feedback-loop”.

Its a common “patch-technique” within modular synthesizers !
finnaly, do we deal in the FX world with many FXes that have such Feedback path incorporated within themself.
Filters, Delays, Flangers, just to name a few.
The parameter usually called: Feedback.

“patching” such feedback path yourself with the help of a mixer,
is from all i know and read, the same ( as FBs in FXes/Modules)
( though, working purely digitally difffers, than working in the analog realm )

Reason why i´d like to patch a “feedback loop” myself ?
it gives the user the ability to “patch” way more complicated feedback loops than you´d ever find in any common FX.

for example combine a BP Filter or filterbank with a Frequenzy shifter and even add another delay into that feedback loop.
I do this things in my modular synthesizer.
It allows to create your own resonating based synthsis models to say so. Or other wild things.
While donne the right way, does it become absolutely controllable and “workable”.

finally, will sofwtware never be the same ! thats a given fact.
but another fact is that we have in software way more function blocks at hand.
…for example are compressors absolutely common in VST land, but still not so much in modularsynth land

Meh - just use a virtual multi-channel audio interface - send stuff out of a VST to an output and then receive it back in on an input.

I don’t even want to think about what that will sound like. 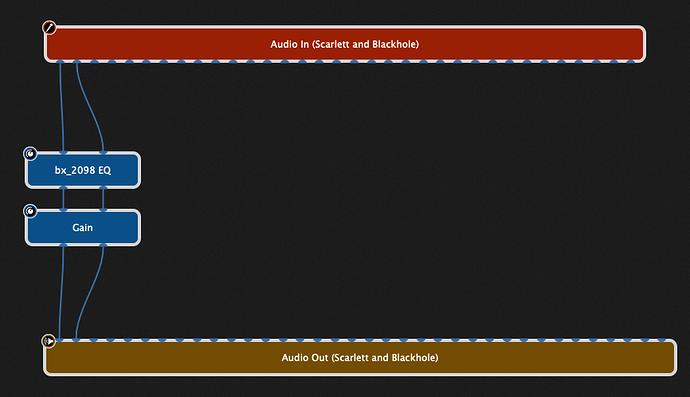 Meh - just use a virtual multi-channel audio interface - send stuff out of a VST to an output and then receive it back in on an input.

thats an option i allready considered in regards to other uses, ( since my computer is old, but finally quad core)
but for creating feedbacks as such is it not an option !
(despite the fact that latencys would play here a role too)

my point here is still:
whats the situation within GP3 ? are there some limis programmed into the software by decission ?
i might mail them directly and ask

but for creating feedbacks as such is it not an option !
(despite the fact that latencys would play here a role too)

The virtual audio driver, Blackhole on Mac adds zero additional latency, for example. But in this digital world, there will always be latency. It’s not like using a eurorack system with control voltages.

Unfortunately, our internal implementation details are not public and they change from time to time as we do more optimizations.

(it is probably not that easy for keyboard solos) 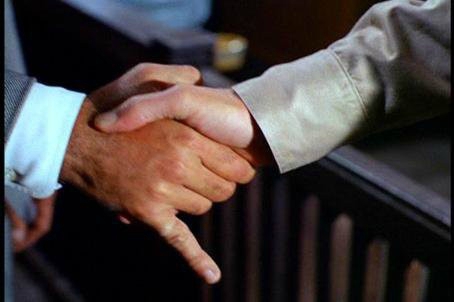 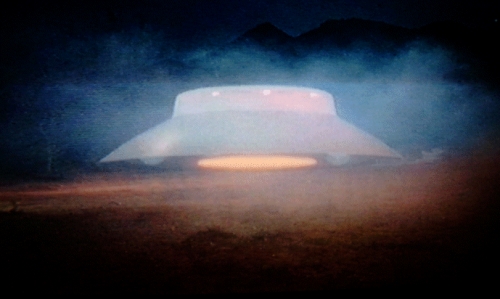 Ha ha ha…the person who wrote that wasn’t on earth at the time!

David Vincent has perhaps seen it… but David H. J. not

The Invaders was a great show.

The spelling error has been corrected

Thank you ! thats interesting.
i´m not shure how far i can come with loopback which i have.

and wait, now i understand !
this type of woraround should do it.
i think i had a wrong picture in mind when i sayed it won´t.
( and i was under the impession that loopback would only provide two channels)

i will have to dive into this

But in this digital world, there will always be latency.

but patching with feedbacks is working within digital realm.
minimum latency is 1sample.
at least that was the doable with Clavias ( nord modular) G2

Thanks ! i´ll see where i land…