Considering GP to replace a complex Ableton/Max setup on MacOS.

I’ve had a strict rule to NEVER connect either of my 2x gigging MacBook Pros to the Internet and it’s worked VERY well to keep things stable.

How would GP support download > transfer (e.g., using a USB drive), and Authorization for my 2x offline MBPs?

It wouldn’t, it doesn’t, and it ain’t going to

As musicians ourselves, the last thing we want to have to deal with is the risk that our music tools might stop working right before going on stage, or worse, right in the middle of the show.

More about our licensing process here.

By the way, if you’re that concerned, it’s worth buying a utility called Little Snitch. It’s a software firewall that detects (and lets you block) outgoing connections so you can easily see if there’s anything unexpected going on.

OK - Assuming a working authorized instance of GP, and no other updates being made, would you please comment about the update process for GP itself? Can GP updates be downloaded on a separate computer and then transferred/installed on the GP computer, without requiring Internet connectivity again for the licensed GP computer?

On the Max question, I must be running Max 6, because, as I wrote - there’s NO Internet for my performance computers. And learning about Max 7+'s “phone home” requirement only makes me happier that I get things working and then follow the “DFWI” policy.

“Really old” is not a problem for me. “Working” and "stable are the only things that matter. Based on this, both of my performance MacBook Pros are “still” running Yosemite, and Ableton 8, and are dedicated to performance only - nothing else (that I can keep from running) runs on these computers. So there is no need for a utility to tell me what my MacBooks are connecting to over the Internet.

Can GP updates be downloaded on a separate computer and then transferred/installed on the GP computer, without requiring Internet connectivity again for the licensed GP computer

That is currently correct for any minor updates to GP4 such as the recent update from 4.1 to 4.5. However, although we have no plans to change anything, we cannot guarantee that this will always be the case. Licensing systems can change, depending on circumstances.

That said, while I applaud your cautiousness, I don’t think you need to be that concerned about occasional connections, as long as you’re not surfing the web, downloading potentially malicious products, or using email that may have links or documents with macros that trigger.

As long as you’re behind a firewall (which you can seriously lock down to prevent any incoming connections) and optionally using Little Snitch to protect against connections to unknown servers just in case you make a mistake, frankly, your risk of a problem is significantly lower than your being knocked down by a car.

Please understand that as touring musicians ourselves, we care deeply about stability on stage and so I don’t say any of the above lightly. My own touring laptops are also only occasionally connected to the net and only from inside my firewall and always with Little Snitch.

As for Max, I was also rather skeptical about their 180 day approach but it turns out that the only thing that happens if you don’t connect to their servers at least once every 180 days, is that saving won’t work. So you can still get up on stage and perform. For what it’s worth, I still use Max 8 with Gig Performer with several bands and they work flawlessly together.

both of my performance MacBook Pros are “still” running Yosemite

Interesting echos from back in time… 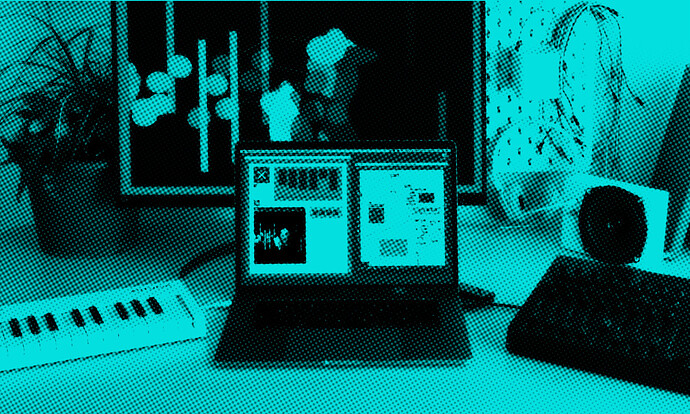 I was just about to blindly purchase the upgrade but fortunately read about the new authorization process.

I’m not sure if you (dhj) are the one-in-the-same “DHJDHJDHJ” seen in the thread, but I’d bet a least a beer on it.

Assuming I’m correct - I am wondering how you, as a customer in the case of Max, resolved your concerns with Max’s requirement for phone-home/Internet connectivity? It seemed like you had very serious (and valid!) concerns as of 2015, that you have sufficiently resolved (“I still use Max 8 with Gig Performer…”)

I am very attracted to the potential for GP to simplify my stage experience, but I see a significant level of effort on the horizon to get there (as you were considering, with migrating away from Max5), so I’m doing my homework. I’m not an Abletone “fan” per se, but Ableton is the stable incumbent for me ATM.

Thank you for continuing to assist me in learning more about GP’s Internet requirements - I do think you’ve got it more right than C’74 did (does?).

Yep, that was me! Unfortunately I don’t drink alcohol

So here’s the scoop. I started with MainStage when it first came out — ran into a bunch of issues with it and decided to build my own live performance host with Max 5 (that’s the version that was around at the time) and I describe that whole thing in an old blog article

The one downside with that approach was the delay in switching from one set of plugins to another, could take up to 7 seconds, and although that never turned out to be a real problem on tour as the applause after each song lasted at least that long, I was never happy, there was always that worry that something might go wrong during that period.

To cut a (very) long story short, my development partner (also a touring musician, but a guitarist rather than a keyboard player) and I decided we should built something that would work for us - it wasn’t intended to be a product but after we started working with the first beta it became clear that it should be a product so here we are. Our highest priority was reliability on stage - we didn’t want the stress around worrying whether pushing a button or a slider would crash the system.
I think we’ve succeeded very well there – I’ve been touring with GP since GP1 and have never had a problem on stage.

Since I still needed to use Max with GP, due to a large number of abstractions I had created for certain songs, I had no choice but to switch to Max 8 when Apple stopped allowed 32-bit applications to run. But I’ve never had an activation problem with it.

Maybe – depends on what you’re trying to do — many of our users combine Ableton with Gig Performer (as I still do with Max and Gig Performer) to get the best of both worlds.

Many thanks for that perspective.

I’ve purchased a GP license, installed and authorized on my “hot standby” MacBookPro, so far. There will be a significant learning curve/migration effort, but I believe the gains in flexibility and capacity will be well worth it in the end. I’ve reached a point with Ableton/Max where I’ve got a stable stage rig, but I can no longer safely make additions/changes to it without risking breaking it.

One thing I can’t seem to envision in GP is how to control playback tempo while maintaining the pitch of midi-triggered one-shot audio samples (as with Ableton “warp”), so I may end up needing to keep a small Ableton set for that purpose.

First, thanks for supporting GP - I think you’ll find it works great.

) have support for warping. The good news is that GP works very well in conjunction with Live, quite a few users run them together for some songs and we also support Ableton Link for tempo synchronization.

Just ask your questions on this forum as you proceed — users here are amazingly helpful.