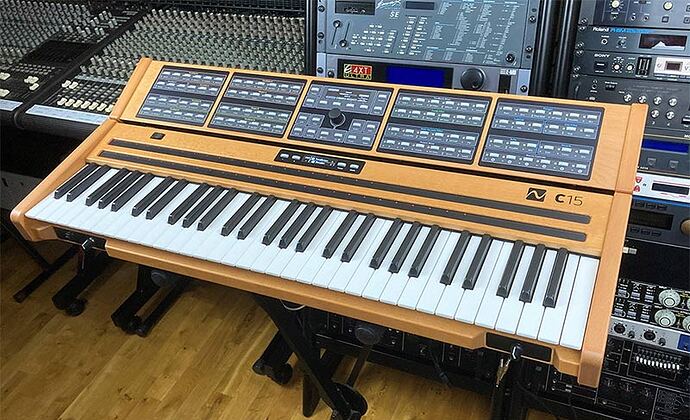 For fans of beautiful machines, here is a full review of the new Nonlinear Labs C15 designed by Stephan Schmitt, founder of Native Instruments, and which has just been updated - including the implementation of MIDI.

The first two links are french links, but the french youtube video does have subtitles available.

I can’t say who this is from other than he is a multiple Emmy award winner and a well known composer. I knew he had one so I asked him for his opinion.

——
I am in the middle of returning my keyboard. They have a “rental” program where they essentially finance your purchase.

It’s a very cool synth but fairly limited sonically. The panel is stupidly designed and you MUST use the on-line UI for it.

Having been quite shocked by the very clear-cut and rather extravagant opinion of the user you quote, I transfered it to the topic of this new C15 by asking for clarifications on this device.

I quote here 2 replies from owner-users who seem to confirm that this device is quite innovative and versatile (I think that in view of the sophisticated technology of the C15 one can find happiness among the 4000 presets provided and the unlimited number of user presets that can be saved).

On the other hand, the lack of knowledge of something as basic as the operation of the wifi graphics editor suggests that there are significant gaps in the rest of the knowledge of this device and makes me doubt the validity of this overly radical and simplistic opinion.

(These are automatic translations from french)

I think the guy either made a casting error or is not up to the task of the synthesis engine. He was unable to take advantage of the synth engine to create sounds that were varied or to his liking. Everything he blames on the synth was predictable before he bought it, he hasn’t discovered anything about the synth, just his own skill limitations. It’s like a CS80, it’s a musical instrument that you play, not a synth that you go plum plum on…

The person who made the comment has the credentials (21 albums, numerous TV themes, two Emmy awards) and strong expertise in sound design using a variety of tools including the renowned Kyma Sound Design system. His current studio contains

plus numerous devices and control surfaces and computers, etc.

Below a partial view of his studio.

Personally, I’m going with his opinion. 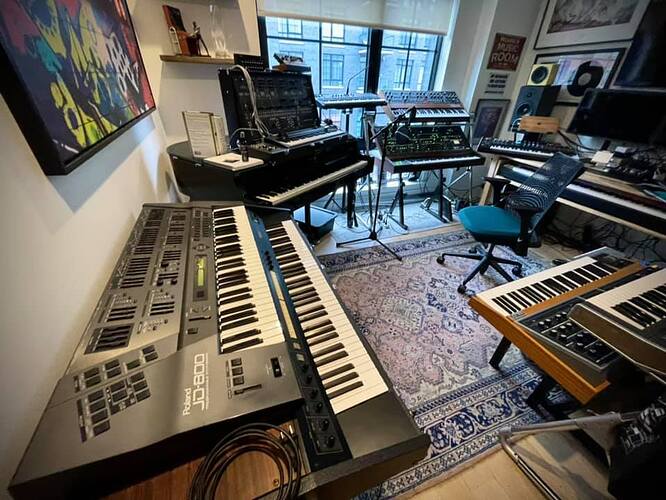 I didn’t know him, but I just visited his home page and could discover some samples of his scoring work: he is indeed a serious and talentuous composer.