I’m not a Windows user but I’m being told that Virtual Audio Cable has a very high latency. Is there any way to reduce that latency or is there an alternative product with lower latency?

I heard that it is in contrary very quick?!

But, I only tested this one:
https://www.nerds.de/en/loopbeaudio.html

But as it behaves as an audio interface, I needed to aggregate it with my RME audio interface and had to therefore use ASIO4ALL which introduces latency with regard to the RME audio drivers. So I prefer to use the RME hardware loopback.

Regarding my evaluation of loopbeaudio, this is an older report:

I wanted to report the additionnal latencies achieved when using the hardware loopback of my RME UCX with regard to the LoopBeAudio software for Windows. So, I simply recorded a DX7 percussive sound “straight” out of the plugin and after the loopback, and mesured the relative delay. So what I measured is only the additionnal latency introduced by the audio loopback.

For the LoopBeAudio solution, I had to use the ASIO4ALL driver because it made it possible to agglomerate both the RME hardware audio interface and the LoopBeAudio virtual software audio interface in GP. But unfortunately, I could’nt reduce the buffer size of ASIO4ALL under 512 samples @48kHz (multiples of 44kHz were not available?!!). And, it was quite a nightmare to get a stable setup with ASIO4ALL.

What if you don’t need to aggregate?

Since I don’t have to monitor the output of GP directly (monitoring through DAW works), I don’t need aggregation. In that situation, will VAC (or LoopBe) be faster?

29ms is a lot of latency

If the ASIO4ALL driver is not needed, than it should improve the latency. I suspect that most of the latency came from the use of ASIO4ALL and its weird settings restrictions.

I’m not a Windows user but I’m being told that Virtual Audio Cable has a very high latency. Is there any way to reduce that latency or is there an alternative product with lower latency?

I don’t think any of this is as straight forward in Windows as it is on Mac.

In your Mac example it looks like you’re bringing guitar audio into GP through your Scarlett, then routing it out over Blackhole. I don’t know if the equivalent of that is even possible in Windows. I don’t recall using a DAW or other Windows application that lets you choose a different ASIO device for your input and output.

If Windows is going to force GP and the DAW to only use one device for the input and output, then either the device drivers have to be support multi-client (many do, but the Focusrite drivers for the Scarlett don’t) or you have to have some software that will function as an aggregator. I think ASIO4ALL can do it, but I’ve had too many issues with ASIO4ALL over the years to recommend that.

I’ve done something very similar to what you’re describing using ODeus ASIOLink Pro, which I found to be a great multi-client ASIO wrapper that adds zero latency and has built in virtual audio cable functionality. The downside is it can be very confusing to set up and use, and the developer is deceased so there’s no support, no future updates, and a minimal user base so it’s hard to find anyone to answer basic questions.

I believe Voicemeeter Banana will do what you want with essentially zero latency (using ASIO audio) but I haven’t used it in a long time (and only briefly when I did) and it can also be a bit complicated to set up because it’s designed to do a lot of things and it ends up being a full digital mixer that sits in the middle of your audio paths. I think it will do exactly what you want, but a bit more difficult to set up.

I use ODeus ASIO Link Pro also, running 2 instances of GP and an instance of ALK2. No latency added, and despite the older, clunky interface its an extremely versatile app.

That’s what I had in mind, but I thought it would be the same technology, as it is the same website?

Virtual Audio Cable was an early product. Whatever improvements they might have made, latency-wise, in the last 5 years were not ported back to the VAC app. And the Hi-Fi Cable and ASIO Bridge app is even older.

Also, it looks like the Voicemeeter apps support ASIO, where VAC doesn’t.

I just noticed something on their website. Voicemeeter and Voicemeeter Banana are straight donationware. Voicemeeter Potato will start prompting you for an activation code after 30 days. The amount you donate is still up to you. I donated €20 for Banana, so I won’t feel compelled to donate much more for the activation code. Maybe another €10.

I also noticed that Potato installs all 3 apps (Voicemeeter, Banana and Potato).

Thanks for the info. I will have to take the time to give it a try and measure additional latency.

I also have used LoopBE30 and have not noticed any latency problems either. Its worth noting that there is a free version which has one midi port - but for free for non-commercial, personal use only. LoopBE30 is about 20 dollars.

@bjgee
Are you talking about virtual audio or virtual midi?

Yes, there is a LoopBeAudio which I tested for audio.

Thats true - but somebody above also mentioned LoopBE30 - which is why I was confused and made the comment.

Been using LoopBe MIDI for years. Never noticed the existence of LoopBe Audio. My bad.

Odeus ASIO Link Pro now available for free: (I have not used this yet)

"This ASIO driver extends your audio interface ASIO driver and adds windows audio with no additional latency. It also allows you to use your ASIO driver from more than one application with the inbuilt multi-client support, and you can even send ASIO audio over the network.

The driver is great value for money for people who need to monitor or record from windows audio or just want to jam with their favourite tunes.

This effectively allows you to use more than one ASIO interface at the same time in CbB (even ones on an external networked PC), allowing up to 64 input/output channels. At the moment I’ve no idea how this affects latency, but I guess if it’s lots of inputs you need then it’s likely it’s a whole band you’re recording and this will be less of a concern. I can also see it being really useful for making tutorial videos.

The good news is, it now looks like the developer’s nephew has authorised it to be released for free with a patch to remove the registration/authorisation: 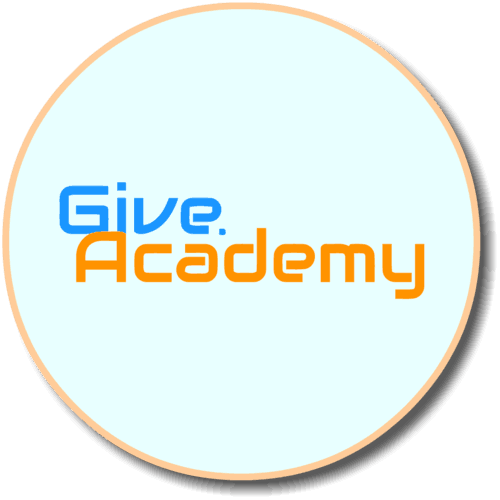 Here’s some info that might be helpful for using ODeus ASIO Link Pro.