I’m excited to show you my rig playing keys and Sax in my cover band here in germany doing mainly weddings and corporate gigs.
After using Brainspawn Forte for about a year my search for a live VST host has come to an end when i stumbled upon Gig Performer in early 2019. 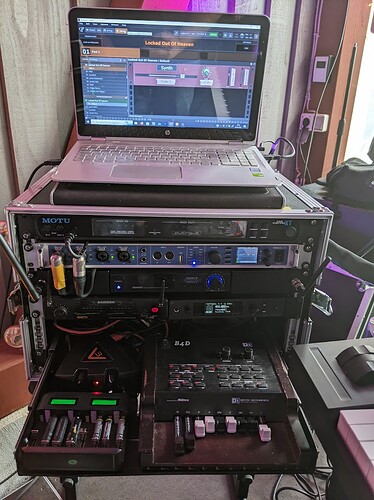 Gig Performer 4.5 is running on an HP ENVY x360 - 15-w102ng Laptop (which will be upgraded to a more powerful machine in the coming months)

The Laptop is sitting on a cooling pad on top of my rack which is equipped with (top to bottom): 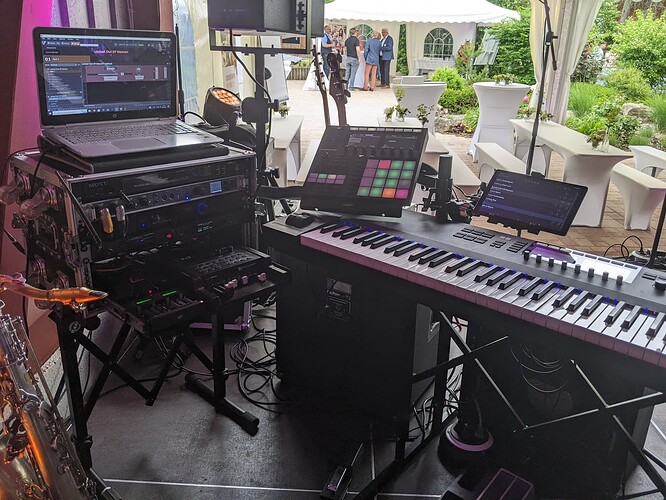 Native Instruments Komplete Kontrol S88 MK2 in Midi Mode connected via USB (as well as Midi for backup) as my controller and NI Maschine Mk3 running through the Maschine Software standalone for triggering samples, claps/snaps, sound effect as well as some synth Parts I like playing on pads.
Using Maschine in plugin mode inside GP is a pain in the ass because you have to open the plugin window and click on the Maschine symbol each time you change a rackspace for the hardware and software to communicate.

An Android Tablet running Bandhelper is displaying Sheets (when needed) and sending Program Changes to Gig Performer as well as to the V3 Sound Modul.

I am running two instances of Gig Performer, one for Keys and one for Saxophone.
The keyboard instance is running in setlist mode receiving Program Changes from Bandhelper on Channel 2 (V3 listens on Channel 1)
Each song part is then sending a program change using LoopMIDI to the second instance managing all my sax sounds.
On about 15-20 rackspaces the corresponding Maschine Project is automatically opened from my hard drive using GP script. 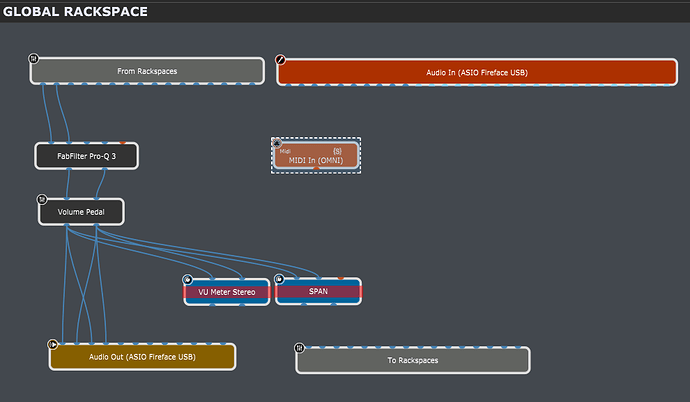 Every rackspace I have set up is routed to the global rackspace where I do some (very light) EQing with Fabfilter Pro Q3. My Volume pedal gives me a 4db boost and Span and a Stereo VU Meter are for checking my levels during rehersal (bypassed when gigging) 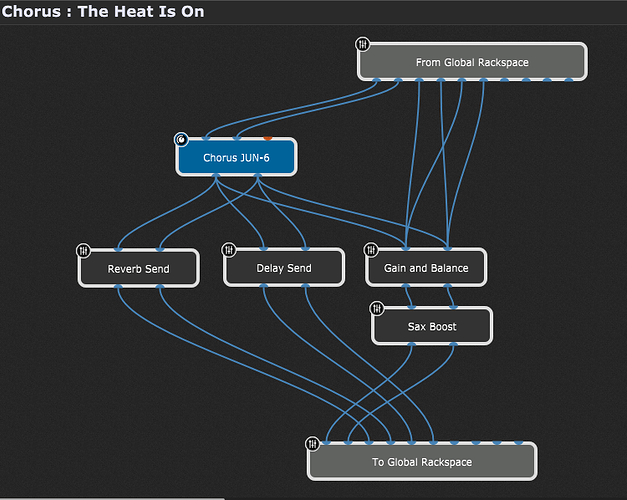 In the Sax instance of GP the global rackspace is doing the heavy lifting.
A 4Ch Audio Mixer unmutes the needed Sax Mic, a gate and light LA2A Compression and Pro Q3 EQ are next in the signal chain ( Pro Q3 receiving Program Changes to adjust the EQ curve depending on what Sax I play.
The Signal then is sent to the local rackspace where, if needed, addtional effects are added (Chorus, Octaver,…) volume and levels for reverb and delay are set. The FX in the Global Rackspace are routed back to the local rackspace for final leveling and once again back to the global rackspace to be sent to my outputs.
Maybe not the most efficent routing, but it works for me.
On songs I don’t use the Saxes on the “Mute” rackspace is activated, and all plugins are bypassed to safe CPU. 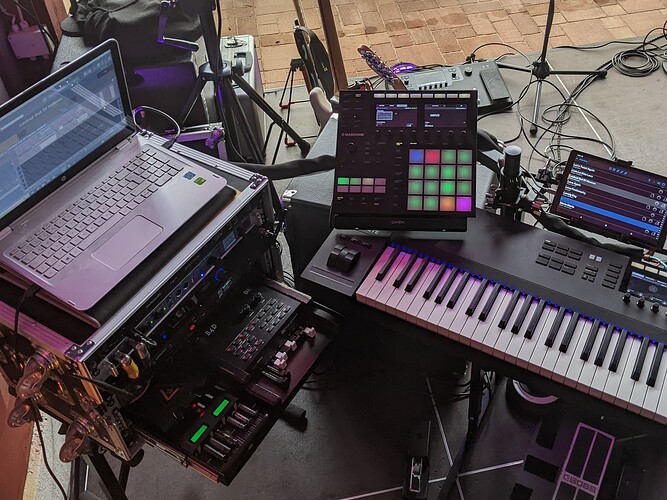 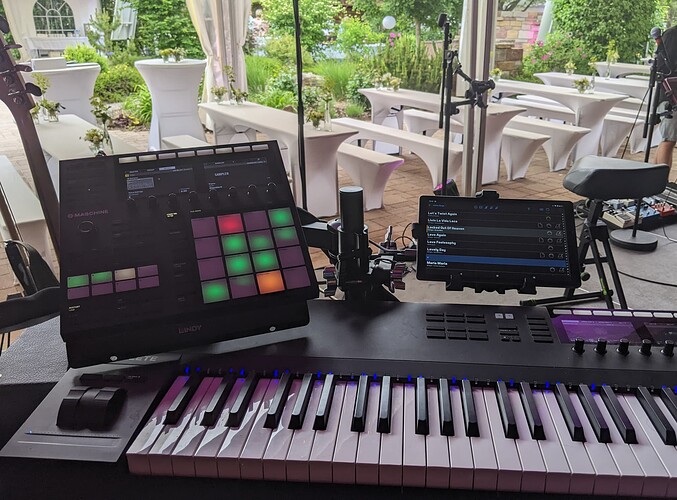 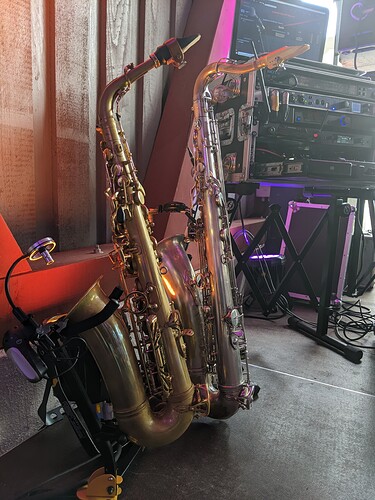 Thank you, this is great!

Thanks for sharing. This is awesome

On about 15-20 rackspaces the corresponding Maschine Project is automatically opened from my hard drive using GP script.

@Joggum Would you be open to sharing your scripts for opening projects in Maschine? I’m using GP and Maschine and have all been considering using it in standalone instead of hosted in GP. Would love to see how you’re accomplishing it.

I have since integrated all my Maschine projects back into Gig Performer using the Maschine hardware in Midi Midi mode since loading time became in issue in live situations.
Of course I traded in some nice standalone features like different colored pads per Songs, or volume meters on the hardware, but the instant loading and all in all much smoother workflow convinced me to go midi mode.

Nonetheless, of course I’m happy to share the script I used to open Maschine projects on rackspace activation. As I’m no scripting expert I basically just copied @synchrony s script for opening PDF files.
It uses Powershell, so as long as you’re on windows it should work.

This is great, thanks a bunch!

For those who didn’t watch - check it out. This episode is a must-see