I’m trying to replace my StreamDeck with an x-Touch Mini. Just got the Mini today, but I cannot get GP to learn any of the buttons, knobs, layers, etc.

The gig that I would like to add this to is using my Focusrite Scarlett 4i4 as the primary MIDI input.
I’m on Windows 10, and was using LoopMidi for StreamDeck, which worked fine (until recently the StreamDeck became unstable, kept turning off.)

I downloaded the x-Touch Editor, and I understand for GP, you need to be in Mackie Control (MC) mode, which I have done. 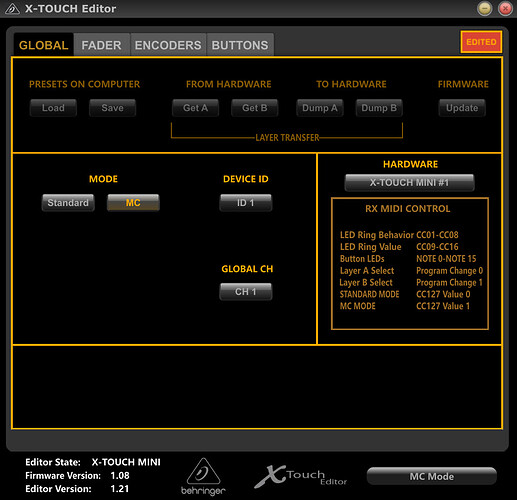 After this point, I do not know what comes next. I tried MIDI learning a simple Play widget, but nothing happened. 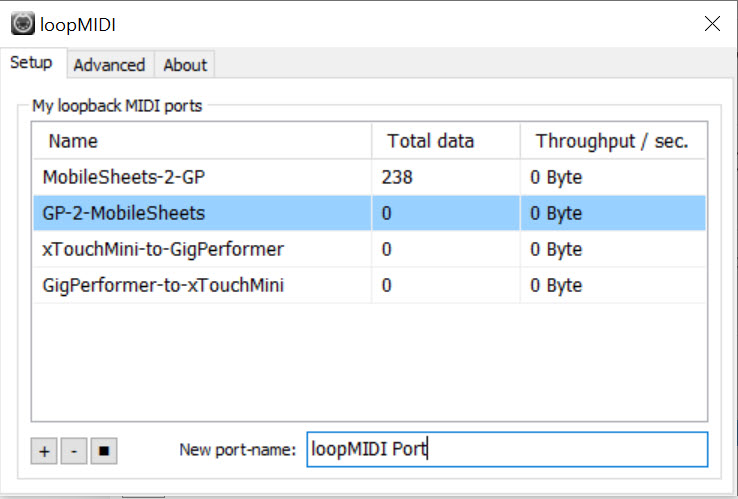 And those ports do show in Gig Performer: 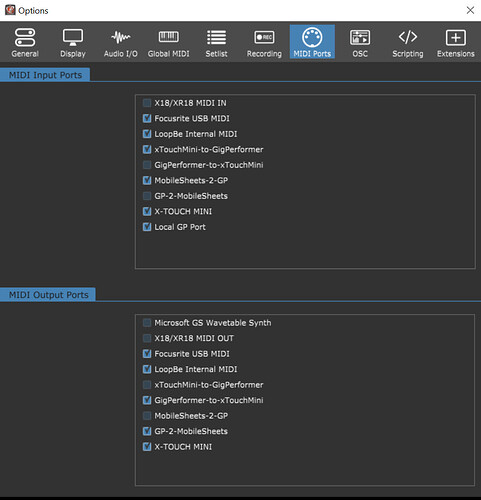 However, still, the x-Touch Mini will not trigger during any of the Learn MIDI functions.

I know I must be missing something. Any and all help is deeply appreciated.

understand for GP, you need to be in Mackie Control (MC)

At this time, GP does not support MC

Thanks, @dhj, so will x-Touch work with GP in standard mode?

so will x-Touch work with GP in standard mode?

Quite a few users here in the forum use the X-Touch Mini in standard midi mode with no problems. Just set up the controls in the X-Touch editor as you want them (I use CC for everything).

Thank you, @rank13. So in standard mode, do you still need Loop Midi?

So in standard mode, do you still need Loop Midi?

No, it’s standard midi controller so you would use its own midi port.

One nice thing with the X-Touch Mini is that the button and encoder LEDs can have bi-directional sync with GP’s widgets.

There is a template panel created by @schamass (if you haven’t seen it yet):

A nice panel for Behringer X-Touch mini. [X-Mini] The 8 LEDs on top react to pressing the knobs (latching). The MIDI-sync is activated for bidirectional control. All the buttons are laid out to have latching functionality. Download gig file: XT-Mini.gig (409.2 KB) Note: The buttons of the Behringer hardware must be configured as “latching” to make this rackspace work in a proper way. Here is also an example of the config file, which you can use with the Behringer control software - Windows…

Thanks so much, @rank13. I see from the various threads you’ve been using the x-Touch mini for a while. I put it in standard mode, and it’s working fine now.

Now I’m going to check out the awesome panel created by @schamass, who also has been a tremendous help on this forum!