Is it possible to create a midi harmonizer through scripting? This function is found in the software Band in a box, and they don’t even include this feature in their plugin version which is a huge missed opportunity for them. It’s incrediible with all the plugins available there is still not a single vst midi harmonizer. You play a chord with your left hand on the keyboard and your right hand melody is harmonized based on the left hand chord. Anyone here with scripting skills willing to create one? Thank you in advance!

There seem to be a number of VSTs for various instruments as well as effects for various harmonizing goodies. One of the VSTs I looked at recently was Pedal Steel by Impact Soundworks and they talk about doing that in one of their tutorials. See the link below. Melda Productions has a harmonizer plugin that does a lot of interesting stuff (magic?) up to 126 voices and a large number of possible tweaks using midi. Then there is Captain Plugins (as one example) and several others that I have seen that have midi driven chords, melody lines, and bass line plugins. I think you would have to be more specific about exactly what it is you really want to do but I suspect it’s been done already by someone. 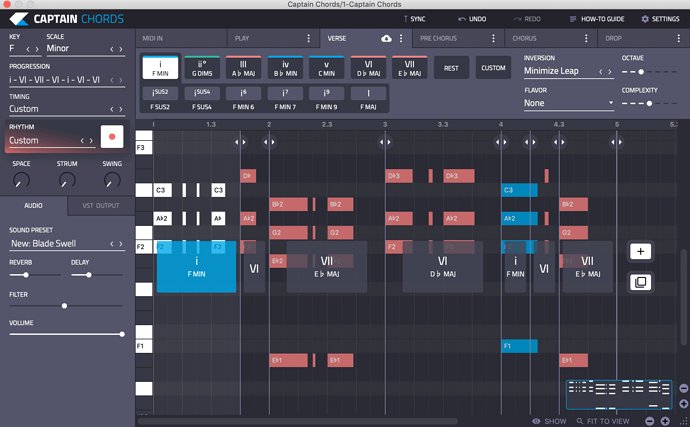 Thanks for chiming in. While these plugins and libraries you mention above offer harmonizing, It’s not in real time in the sense that you have to program your chord progressions in advance. What I’m referring to is what you find on arranger keyboards ie : Yamaha tyros, korg pa4x or really even any arranger keyboard. You simply play a chord with your left hand and the right hand melody is harmonized based on the chord. This all happens in real time. As mentioned above, band in a box has this feature in their stand alone version which offers real time harmonizing along with the ability to elect the voicing. There are over 100 different voicings ie: two part, three part, four part, open voicing , closed voicing etc.

It has 4 assignable harmonies available. You select the key and scale in the gui and there’s delay, detune, etc. It doesn’t offer any changes via cc although It does have a bypass.
Octavox is pretty much the same but has 8 harmonies and some midi capabilities, but no cc assignables.

You could try Chordz. Not precisely what you’re describing but certainly could be adapted to do something similar.

I’ve used this in past.
http://www.1manband.nl/omb.htm

That doesn’t appear to be the case with Pedal Steel for example. You can watch from about 2.22 of the video where they talk about the ability using the keys highlighted in yellow to start/stop/change harmonizing using either presets based on the cord you play or user defined preset harmonies in real time as you play.

I would also suspect that everything you can do is probably not covered with these types of tutorials. My instrument (a hurdy gurdy) has a midi controller built into it, and with my Korg Triton Rack I can add instruments with harmonies that I set with self defined user scales that I program in, and that is early 2000’s technology. I’m pretty sure I can do the same in NI Kontakt and Komplete but haven’t experimented with that yet. However, I have built a few instruments for Kontakt that do some of the things (drones and the percussive effects the chien can make) that are midi-driven from my instrument that I am not proficient at (yet).

I see others have commented as well which highlights the plethora of choices and permutations available. Happy hunting, always part of the fun