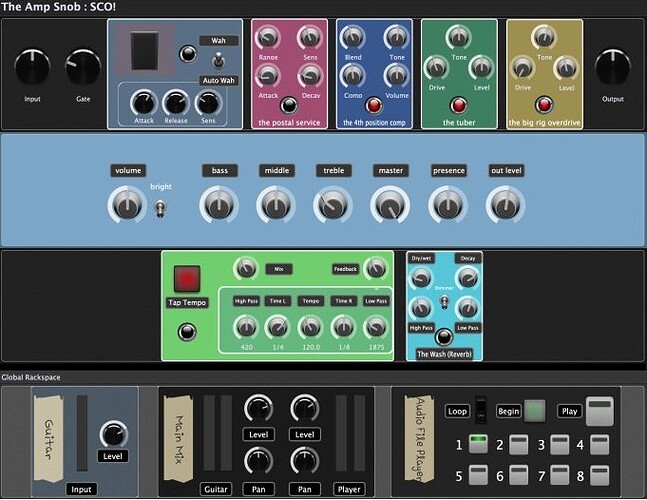 Rackspaces are created for amps with a few variations of each covering some of the factory presets. A script which engages the wah the expression pedal is off of 0 (and turns it off 800ms after you return the expression to 0) is also included. Note: you can edit this time in the script. Scripting is also used to add a tap tempo button to the delay.