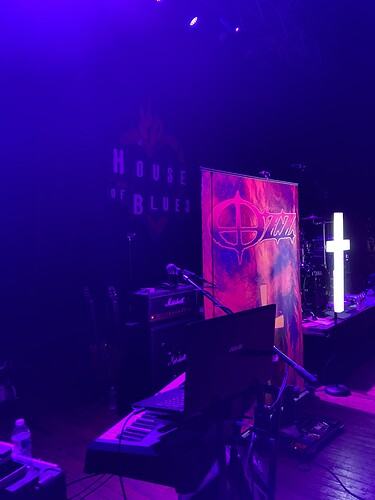 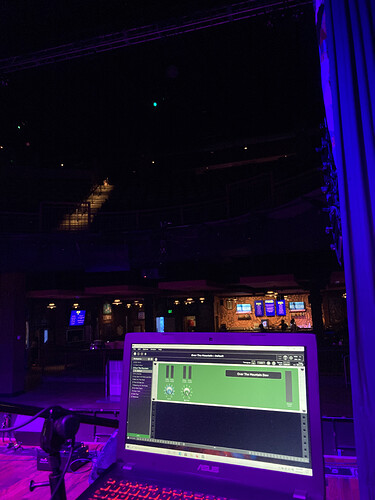 Was a full house. First show they had with general admission standing. No mask, no distancing rules.
I think(hope) “norm” is pretty much right around the corner here.

Now on to my upgrade! 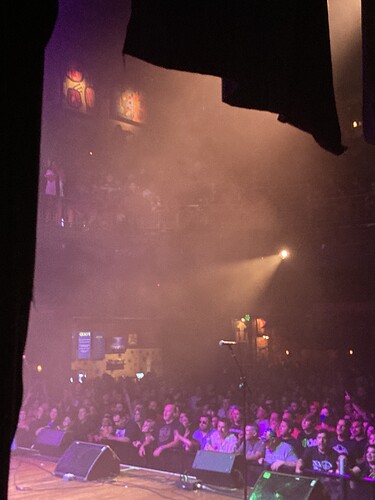 Wow, pretty awesome audience you had there.

We’re just your friendly neighborhood Ozzy Osborne tribute.
I think people are happy to be able to get out and see live music again, unrestricted, and have some sense of normalcy back.

Thanks for sharing this @krucible We absolutely LOVE seeing GP in action!

“Norm” should be Crazy in the world of Ozzy. Thanks for sharing!

@krucible What’s the name of your Ozzy tribute band? We’ll share this to our social.

Our band name is OZZ.
We are out of Houston, TX.

Ozz, Houston, Texas. 11,221 likes · 279 talking about this. A celebration and tribute to the music of The Prince of Darkness. Awarded 2018 SLM Best Tribute Band

And here is a link to our Youtube channel: 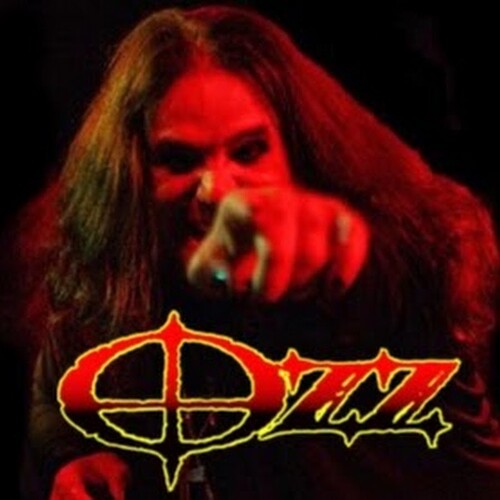 A celebration and tribute to the music of Ozzy Osbourne. Ozzy tribute band based out of Houston, TX

This is great — do you play Paranoid? (That’s the only one I remember

Can you give us a rundown as to how you’re using GP?

With Ozzy, there is such a large catalog of music to pull from. All the classic Sabbath stuff and all his solo albums.
We are always changing up the set, but there are a lot of “staples” that everyone expects. Paranoid is usually our closer, coming out of War Pigs. But we usually have to play “No More Tears”, “Over The Mountain”, “Bark At The Moon” and a couple others. The band discusses set choice, bringing in new songs quit a bit.

I used Kurzweil K2500RS’s for nearly 25 years. Had thought for about 10 years of going to a laptop. Even bought Brainspawn’s Forte but never installed it. Some people resist change… Then my K2500RS crapped out at the begining of a House of Blues show, and the band had to scramble the set to perform. The Kurzweil units were becoming very hard to find, so I didn’t have a stand by. I was using only a controller keyboard and didn’t have a second sound source. That’s when I moved to a laptop.

I purchased GigPerformer after taking a close look at it and reading reviews. As I stated before, I had purchased Forte already, but never loaded it. I liked the drag and drop aspects of GigPerformer connection panels on back.

I started remaking my programs. I play in several bands (5), so there was a lot to recreate. Fortunately the Kurzweil was temperamental enough that it allowed me to sample some of my custom patches (using SampleRobot) before it finally gave up the ghost. So with that, I purchased Native Instruments Komplete and use Kontakt for a lot of things. 30 years of custom samples can’t go to waste (started sampling with a Roland S50 in the late 80’s/early 90’s)! I also use Arturia V Collection and UVI and Vienna sound libraries, plus a lot of other VST’s.

I used to bring two keyboards to my shows in my other bands (Akai MPK88 controller and either a Nord Lead II or a Korg Triton Pro) but wanted to downsize to just the 88 note keyboard for everything. I use GigPerformer to play my piano/synth/orchestral programs with splits and also trigger samples, intros, and effects.

I also run a “click” to our drummer for a song or two. He has his own “click” that he has programmed for every song. I eventually want to be the one providing him the click, since his unit doesn’t have a midi out or in. It would help me a lot to have some of the effects triggered with a midi track instead of me having to reach and trigger it manually. But that’s a discussion we have been having for a little while…

Some people resist change… Where have I heard that before?

I’ve shown GigPerformer to my guitarist in OZZ. He is a Fractal Audio Systems devote and is one of there “artist” on their artist page. I share some of the stories guitarist post in the forums about their experiences.

My brother is a monitor engineer. I had him download the trial a while back. He liked what he saw

When he ventures out with his own sound company, I’m sure he will give this serious consideration.