I am trying to figure out a good solution to monitoring my system while performing.
I’ve recentky tried to incorporate osc, and it seams be working well. Then i discovered the existence of external touch screen monitors. With a thin formfactor, these could be just what woukd work on a pad-stand next to my music stand, or at least somewhere practical without the awkwardness of a laptop on a table…besides, touchscreen would even let me get rid of my akai midi controller with buttons and faders.

Anyone here using something like this?
Heres a link to one option im considering. 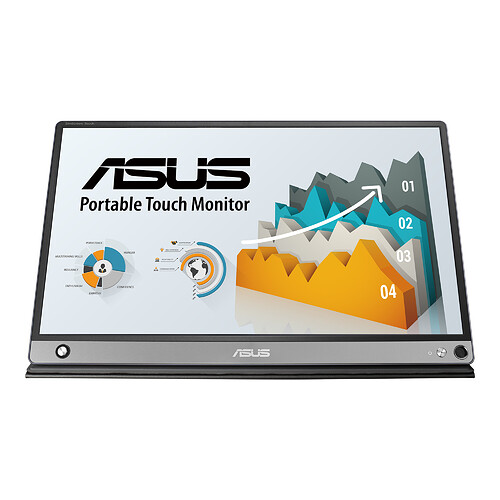 ZenScreen portable monitors are designed to boost productivity and enable entertainment while on the go. Compact and versatile, they’re easy to set up anywhere and can be used in various scenarios.

Anything to consider from a audio stability viewpoint, could this impact my system negarively in that regard?
I would think i could keep the laptop behind me with its lid closed and monitor and control everything from the external screen. Touch would give me hands on control, and lose the mouse.

Im on windows, and my acer laptop is super stable with GP, playing bass guitar and upright bass, sessions, events, and concerts.

Use an iPad or windows pad if you have one. Hook up a cheap $15 wireless router and install VNC on laptop and IPad. Then you have your touch wireless screen. I do this every gig.

I bought this one:

It works well. Most of the time you have to switch it on, then off and then on again for windows to recognize it when using usb-c

I use the 14” HDMI touchscreen Wimaxit M1400CT with GP (not the M1410CT which has less luminosity). It is small enough on stage and still usable as a touchscreen for controlling GP. It’s size is comparable to a large tablet for a fraction of the price: 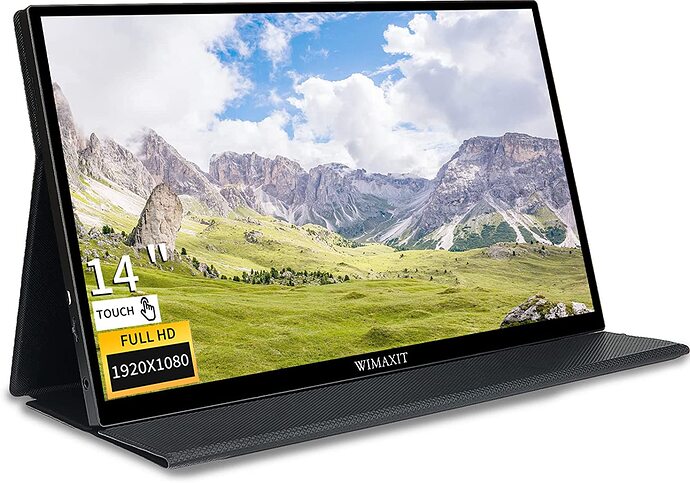 Thanks guys i take it then that adding a touch display wont affect my stable gp perfotmance.
I ended up buying a demo used asus screen, arrives tomorrow evening!

If you use an HDMI connexion to the monitor, it won’t change anything to your setup and I suppose that the touchscreen won’t stress your setup more than a mouse. 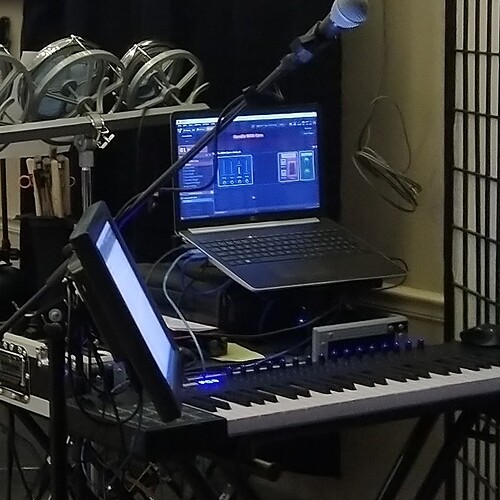 I use a 15 inch touchscreen I had laying around from a POS system, works great. Still have my laptop available also which is also touchscreen.

If you have a usb-c connection to spare, then a display using usb-c means you do not need an additional usb cable for the “touch-mouse”.

On my touch screens a “touch and hold” for about one second, then release, is equivalent to a right click.

Yes, if tapping with two fingers doesn’t work then you should tap on the screen and keep your finger held down. When you remove your finger, the contextual menu will appear.

Yeah, but here none of the options work like that. I spent some time yesterday googling and testing out the various tap and hold, tap and hold then tap with a different finger while holding, all the time standing on my head, nothing.
But, it’s fine, the lsptop will anyway be behind me, and i will never need to add a plugin while sitting there playing. I couldnt even do that with a mouse, as its fiddly anyway to connect cables, need both hands no matter what. So, even though i have no right click, the screen will be a great addition while playing. I wont need to fiddle with ocr, i can simply turn things on/off, tune, monitir the state of the looper etc right on the screen. Perfect!