Bug Report: No error when array initialization out of range

It’s a small thing, but I think it’s worthwhile to mention it:

When initializing an array, the length should be specified (not sure why, as it could be acquired from the number of items of the initialization). However, if this value is lower than the amount of items to be initialized, compilation succeeds.

Example 2
(found the problem with the code below, but example 1 shows the minimal example)** 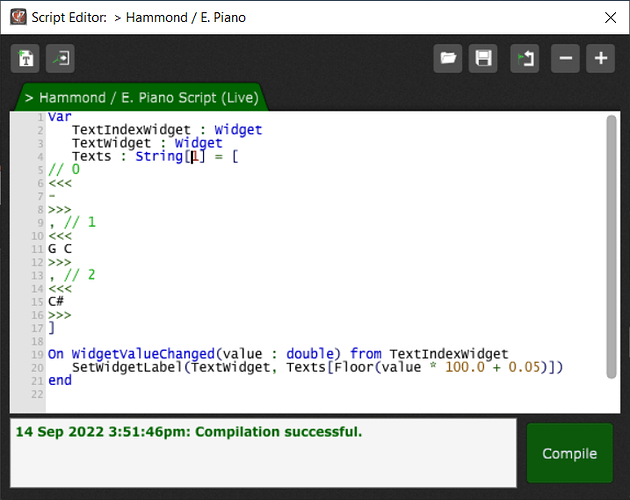 A compiler error that the array length of 1 is not enough to store 3 array elements.

not sure why, as it could be acquired from the number of items of the initialization

Not 100% sure if I understand this. Do you mean the number in the square brackets String[1] does not matter? Since 1 clearly is not enough to fit 3 elements inside, still giving no error… Hope it cannot result in a memory corruption error, or in case if the number is ‘too high’, will it cost more unneeded memory?

Do you mean the number in the square brackets String[1] does not matter?

In other words, in example 3, the declared array size is basically ignored and the size is defined by the number of elements in the initializer

FYI This will generate a warning message in the next release. I would have made it an error but that would cause this mistake to be a breaking change for existing gig files

will it cost more unneeded memory?

Technically, all arrays have the same underlying size, 256 values
However, arrays know how many items are actually contained in them.

Thanks for this clarification …

I see now the issue with legacy not wanting to break it. And it’s good to show a warning in the next release.

For me, it’s good to know I don’t have to care about the initialization number inside the array declaration. Meaning that example 3 I’m glad it shows 4.

Or just use the newer syntax:

Or just use the newer syntax:

This is even better, when I have more time I will check deeper into GScript.