This is configured along with the desired plugins that I might want to play over e.g. Piano, Pad, Strings

Originally I had the idea that I would duplicate the rackspace and use variations of different plugins e.g. E.Piano instead of Piano etc.

However, it is important to me that the sound from the drone player does not get interrupted when switching rack space.

It would be nice if there was a way to make a plug in “global” so that there is just one instance in all rack spaces.

Is there such a way?

If this is not possible, the audio tails option does work, but when I activate a new rackspace, the drone player on the new rack space needs to assume the settings from the old rackspace.
Is there a way to know what parameters are set in the old rackspace when activating a new one?

Another alternative I considered is to have the drone player running on its own instance of GP.

What is the best option?

I have had drum tracks playing through Superior Drummer 3 that I want to persist across Rackspace changes. I’ve done it using a second instance of GP and it works well.

I’ve also done it running an instance of Ableton next to GP just for the drums.

IMHO, currently going with a separate instance for the drones is the simplest and cleanest solution

By the way, for my own knowledge of non-native-english-speaker, what do you mean with “drone player”? I know “cart player”, “oneshot sampler player”, which basically does what you describe, but I never heard anything about “drone player”.

or that… dance monkey…

what do you mean with “drone player

Think bagpipes…you know that low note that stays on all the time? That’s a drone

Yes it plays a pad sound (yes think bagpipes) which could be a simple note but is usually root and 5th and with this at low level in the mix fills out the sound and ‘glues’ everything together. Its also good for transitions from one song to the next when you want to keep a flow going. Its popular in the context of modern church music.

in the context of modern church music.

Let me guess… You’re a Scotsman who plays the bagpipes…

That’s something I would really love to do, but I am afraid I am not able to do it. Since I have seen a live gig of Carlos Nuñez a few years ago, I am still more a bagpipe lover. 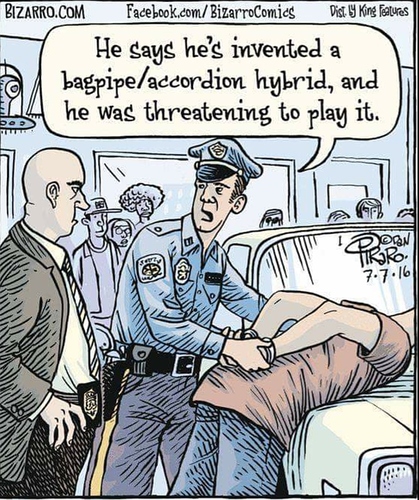 Wish that weren’t so close to home. I had to endure bagpipes…on a plane! London to Amsterdam. Second half of a home & home Scotland v Netherlands. The Scots had miraculously won the first 1:0, so there were a LOT of Scots heading to the second match. They broke out their pipes on the plane. The flight attendants gave up and disappeared. Was worse than Snakes On A Plane.

in the context of modern church music.

If you really want to know…have a look at this.

I am from the UK but its popular in many countries.