Being (mostly) an Intel guy, I am amazed that it seems I am the first one to post about the new MAC Studio. It CERTAINLY seems to tick both small(-ish) form factor and monster powerhouse boxes with quite a few build options. It’s also reported to be very quiet and very cool running, always a welcome thing. Without further adieu, please check out the NYT’s Wirecutter review linked below.

One of the cons noted is that it’s not possible to upgrade the Studio after configured and purchased although fast external storage add-ons work well after the fact due to the Thunderbolt ports. My own personal experience is that I have (almost) never upgraded my builds other than storage, so that would not be a deal killer for me. 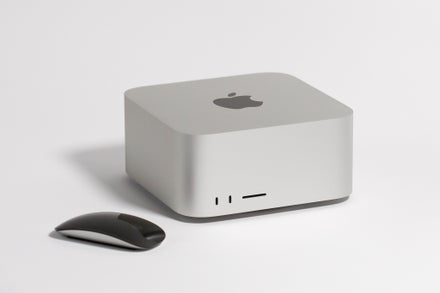 Apple’s new desktop, the Mac Studio, includes its latest processor and had impressive performance in our tests.

And here is the link to the Mac Studio on Apple’s website. Click on the ‘Buy’ link to bring up the various configuration and accessories menu which will allow you to virtually build your device and see the price for your selections. 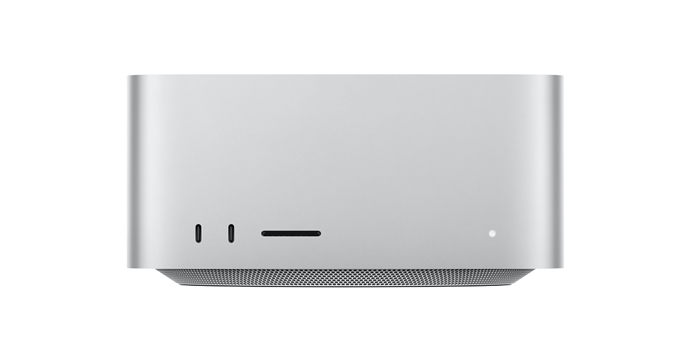 I did check out the Studio a few days ago when I got the introduction email from Apple. It looks inviting. Maybe when I get tired of my Mac Mini I’ll look at it some more.

we have a Mac / OsX subforum here.
i think such posts were made there in the past.

to Notes vs. the Mac studio vs. GP is this: ( i run a M1macmini myself)

An “old” M1mini has not much less single core CPU speed than a Mac studio.
the difference is really minimal ! …but the old M1 ones run way cheaper !
M1mini, as well as the M1macbookair are still good players.

RAM ? true. You can have the old M1 with only up to 16GB of Ram.
i run mine with just 8GB of Ram and have NEVER been short of Ram.
I even run several Audio apllications sometimes at once.
Thats ofcourse up to each user by himself to understand “these numbers” and to “understand” what one needs for one self.
Personally, i´d like to have 16GB or Ram, and might take 32GB or RAM when buying a new mac, while knowing that 16GB of RAM will do for everything i personally do.

personally i don´t use anything sample based, but am well aware that most sample based instruments run their samples based on streaming from disk.
and i am well aware that you can´t compare RAM numbers from an intel based Mac/Windows PC to how a M1mac is dealing with RAM, respectivly with outsourcing to SSD.
I see/find people exaggerating a bit vs. the RAM aspect, coming from other computers other than M1macs.

My point here is clearly this: “not everybody of us has financial ressources at hand, just as wished”. So, maybe keep in mind, that the M1macs are still a very good option, —> aslong the 16GB of Ram is a workable number for you.

also to Notes:
ist been sayed that M2 macs are coming !
its been sayed that these should hit the market end this year.
Some folks also expect a new mini, a M2 based one,…end this year.
It is also “to expect” that the M2 apple silicon core will have more CPU speed per core ( really just an expectation, no leaks on this afaik).

personally, i stopped all lust to upgrade to a studio
( i´m running out of SSD space and NEED to upgrade / i also want to have more RAM)

But i will definitly wait for the M2 macs to hit the street. Especially a new M2mini / not interested in laptops myself for music making.

so my points “versus” the Macstudio:

sorry, not possible to say my thing in just 2-3 sentences

GigPerformer “as such”, runs “on itself” on only one Core !

Remember though that you can run multiple instances of Gig Performer and (in principle) each will be on a different core.

As one of my software vendors said about samplers - isn’t the variety of choices wonderful.

@Funky40 - many of my posts about hardware include my favorite statement - know your requirements. You only need what you need, and there are usually alternatives up or downscale from that point that get the job done. Technology is always changing, so what was impossible today is possible tomorrow. A shout out to @dhj Deskew too as their “glue” provides so much continuity and choice.

@Funky40 My original assumption was that there was a master Apple or Mac topic in Hardware but there isn’t one. Not for Intel either, and Windows/OSX is software, although it does run on hardware(!), and either does or can be made to run of a variety or non-native hardware or software(!!).

Anyway, I couldn’t really find a master “bucket” (see this search Search results for 'apple #hardware' - Gig Performer Community) so I went with what seemed to be what people are generally doing. Another great feature in this Community is the Search feature - it works so much better than other community software!

Remember though that you can run multiple instances of Gig Performer and (in principle) each will be on a different core.

absolutely ! its what i do every now and then myself

yet, your single GP4 instance is still running “as such- on itself” on just one core !
its really important that people understand “this”, vs. their choices of what PC to buy versus GP4.
Especially when we look at the apple silicon units !
since all these are based for now on the very same core !
…but the different M1 models run quite different in price.

Buying a windows machine is a different math.
there i would head for a VERY powerful CPU (intel much likely and not a AMD), since you can overclock tthese powerful ones way more !
i´d head for as much clock rate as possible, and ´d live with, having more cores than needed, lol

i still envy all those who can live with windows, …AND without a Trackpad.
I personally CAN NOT, vs. both, lol

my original assumption was

please forgive my short nearsighetdness.
ofcourse could it happen that a non mac user -who might NOT surf in the mac subforum- might turn interested in a mac, and might even convert, haha.
they might not stumble over this thread, if “burried” there

i´m still NOT an apple fan as such.
But oh gosh, i´d never use anything other than a mac for music making !
…it starts with the Trackpad !
( yet: there is a -yearly payable- software out there that enables the apple trackpad on win machines ( to its full/needed potential) )

I was a software engineer 30 years ago, now a sales manager for chemicals. I used to profile software tasks and it is a deadly difficult job. As a part time, amateur musician, I had 20 years experience with windows notebooks, I turned to an M1 MacBookPro just one year ago.
As a musician, because I have no skill and no time to face a real software profiling analysis, I state the following.
With an M1 based 13" MacBookPro, 16 giga RAM and 2 tera SSD, I never had an issue playing live, using my computer and GigPerformer, during dozens of live gigs.
I often use Kontakt for brass and strings, I often use crazy short buffers, I often have 70 songs configurations with huge number of racks.
Only drawback is that I must wait something like 1 minute to open a setlist, but from that point on I never saw any issue.
My suggestion is that with an M1 and 16 giga RAM, with GigPerformer you get an incredibly powerful workstation, whose limits are insane.
Just because we are always looking for the best, I tried to sell my 13" to buy a 14" with M1pro CPU. I was not able to find a serious buyer, but this has no effect on my performance on stage.