There is also an interesting project going on where Audiogridder is running in a Crossover Bottle.
That should allow Mac Users to use Windows only Plugins “in the Box”. 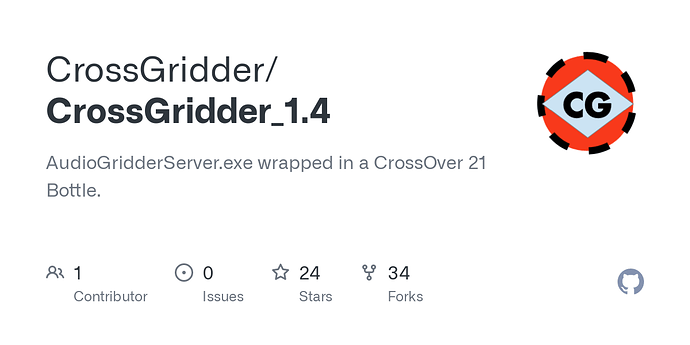 Is the the commercial version of WINE?

Is the the commercial version of WINE?

AudioGridder looks amazing. If it’s stable enough for live performance I’d run two laptops and double my computing power. Anyone have firsthand experience with it?

Note that many useful things are still in beta. There are 12 iterations of this public beta with many goodies indicated in the changelog: Latest Releases – AudioGridder

For example, I found a bug when using the streaming feature with FFmpeg codec, I’ll report them if I find the exact steps to reproduce.

Anyway, a very interesting project. For example, AudioGridder also has the sandbox feature, so if plugin crashes, your plugin host does not crash.

Is the Blue Cat Connector also worth mentioning? 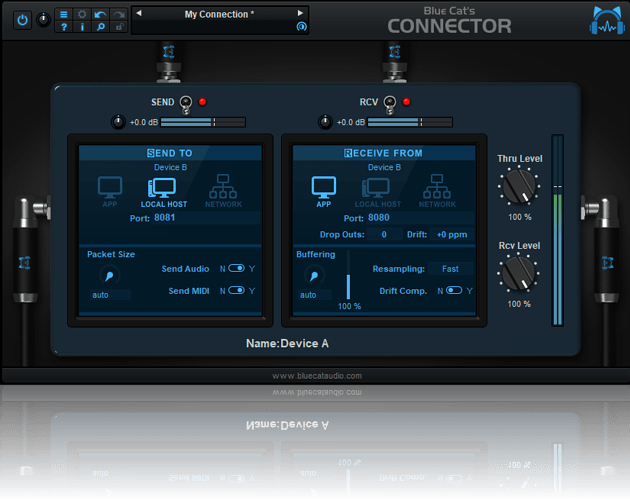 Blue Cat's Connector is an audio & MIDI streaming plug-in that can be used to transmit audio and MIDI signals in real time between several computers or applications, or create your own routings within a single application, with minimal latency.Have...

(I’ll update the Related topics section of all blogs. In this case, BlueCat was mentioned in one of the recent blogs)

How can you find out the cores that the server is using ?

You can also use Audiogridder in Local mode on one machine to distribute CPU load to other cores.
Here’s an example of 3 IK Multimedia Hammond B-3X plugins running inside Audiogridder in one instance of GP on an 8 yr old PC (We all know this plugin is a CPU hog). Audiogridder distributes the load across the cores, with no audio pops or spikes. The load in the GP instance never goes above 10%!

This is very interesting, essentially a free way to leverage more cores

Indeed.
My example was to show how the load gets distributed. Obviously, even with the fastest settings though, there’s going to be some added latency. In my example above, it was adding 3ms to the Hammond plugin.

I’ve found the best usage for AG in live performance is with plugins where latency isn’t as much of an issue in playability. For instance, reverbs, delays etc. are all great for AG, since their effects are for lingering after the initial dry signal. I personally use a few instances of it for freezing my guitar signal sent to MIDI Guitar2 and transforming that into strings, horns, and sometimes the IK Leslie cabinet for a nice backing chord while I play over the top of it. I get to use some high CPU plugins in the same instance as my guitar without worrying about it overloading that particular CPU core. The extra load is distributed to other cores.

I think it could be a valuable addition for some people who are having issues with overloading the core that a GP instance is on, and/or for those who are unable to run multiple instances.

Thank you @edm11 for your feedback

Yes, Andreas Pohl (the developer) introduced in beta versions many features to support server/client on the same computer (since he observed that there is more people using it as a “local” solution (source)).

In this case, he recommends disabling screen capturing.

Nice feature of the recent betas is including an option that allows you to adjust the buffer size per instance of the AudioGridder plugin.

AudioGridder also has the sandbox feature

Does it add some latency?

Sandbox is included by default and you can select to sandbox a plugin itself or the chain of plugins.

AudioGridder is not the right choice if you are pursuing low latency. Sandboxing, roundtrip (AG plugin → server → AG plugin) adds latency. Therefore, the best remark is from @edm11 as probably the best usage for AudioGridder live is with plugins where latency isn’t as much of an issue in playability. By offloading various effects you can have more headroom for other stuff.

If a plugin crash inside the AudioGridder server - it won’t impact Gig Performer.

Is anyone using A G live on a local machine with good results?

Many thanks to Andreas Pohl who put this blog on the official AudioGridder website. 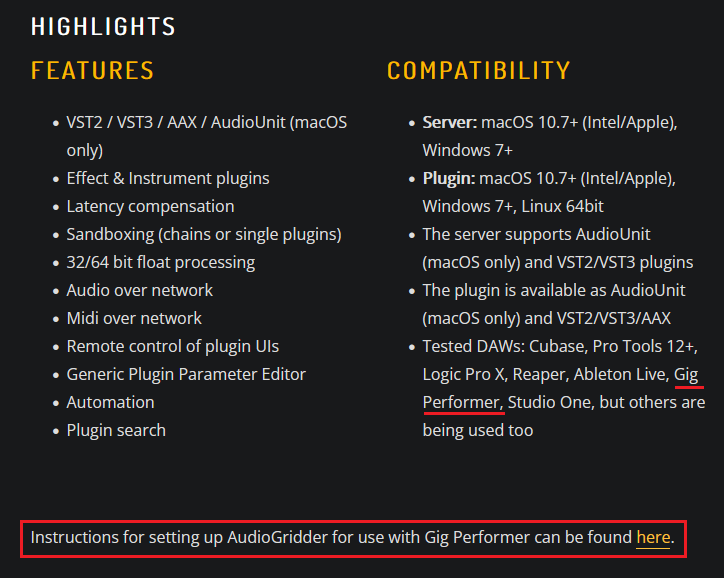