Hi - I’m wondering if anyone knows of a small USB button controller that I can use to map some basic functions (tap tempo, transport, etc…) and set on top of my rig. I’m ideally looking for something that lights up and something that is only a few inches across (think the size of a Roli block or smaller). I’ve considered using an old phone with lemur, but I’m ideally looking for something with tactile feedback (i.e. real buttons). I they made something like the Launchpad, but with only 3x3 or 4x4 buttons or something. That would be perfect. 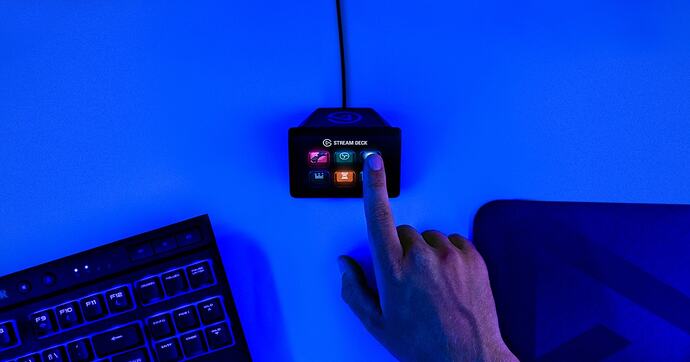 With Stream Deck Mini, take full control of your content and focus on what matters most: your audience.

oh cool! I’ve heard of those, but I never thought of using one with GP. I assume it has the capability to output Midi CC with the button pushes?

If you want to have a bit more control, this little critter doesn’t look too bad:
https://loupedeck.com/products/loupedeck-live/

But it seems to be build on the basis of a touch screen.

I assume it has the capability to output Midi CC with the button pushes?

but I never thought of using one with GP

People use it with Gig Performer and it works well. For example, see it here: Stoffel's Home Studio

Just a little question for Streamdeck users here: in the link I posted for the Streamdeck mini you can see an animated picture on one of the button. Does it support animated GIFs or something?

Does it support animated GIFs or something?

Oh, I thought the built-in micro-controller would do this job

(regarding the loupedeck-live) yea - if I was going to go that route, I would just use an old phone or tablet and use Lemur or something. I definitely want something I can reach down to without looking at.

I use lemur on an iPad and on an iPhone with GP. Lots of capabilities once you go down the OSC route.

just out of curiosity, do you hard wire (via USB) to your macbook? Or do you do that over wireless?

using an old iphone was my backup plan, but I was looking for something with tactile feedback.

I use wifi. A little router in my gear rack

Oh, I thought the built-in micro-controller would do this job

To clear the working principles of Stream Deck a bit:

The controller consists of the switches with lcds behind them and the USB connector. That’s all.
All programming and display actions is done within an app running in Windows or OSX.

Surely this needs some cpu power, but on my macbook (i5 cpu!) there is no cpu hit noticable. This is because most of the time the app simply does nothing.

The benefits are that you can use a second Stream Deck controller in your practice room without any programming, and at Thomann it is more than 100 € cheaper.than loupedeck. The app creates a midi port to which you can access within GP, so on OSX no virtual midi cable is needed. On Windows i haven’t tested.

that’s really cool. I think this is perfect for what I need. The fact that the buttons light up and are customizable are icing on the cake. I found a couple on Ebay for a really reasonable cost.

The only thing that would make it even better would be if there was a way to program scenes so Gig Performer could change what the button displays do. But that would just be icing on the cake.

I see loupedeck has a cheaper one coming with 15 buttons (crowdfunding).

The current Loupedeck Live’s encoders look interesting, if you can dynamically update the labels for them.

I watched some videos about the Loupedeck and it actually seems to lack a tactile feedback on the main (square shaped) buttons… though they seem to have some kind of beveled edges, they generally seem to behave like a touchscreen… so no mechanical functionality. I think this is an important piece of information that should be mentioned by the maker.

They have phone style haptic feedback I think. But that feature had some poor reviews, as did its software.

this thing is so cool! Found one on Ebay for $60 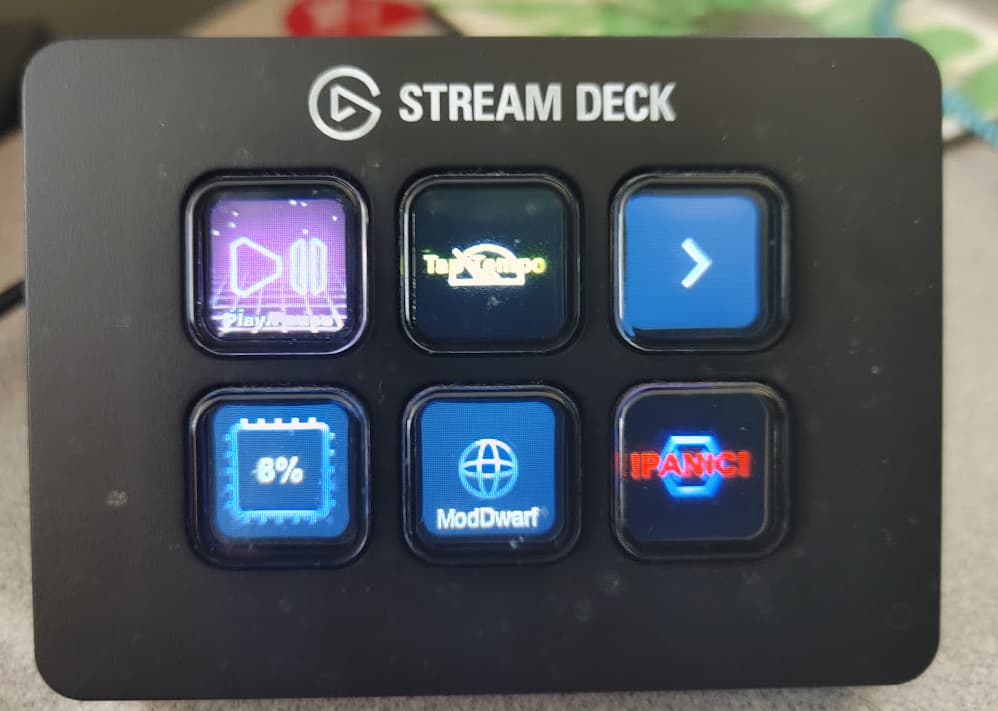