Starting to say that I’m totally grateful for this amazing piece of software. It’s a game changer for me.

Anyone has any ideas?

Thank you for the answer.
The clock is being generated by the RC505, and gig performer is receiving that info, and adjusting accordingly.
What I would love to happen is that it could pass it through to the controller. This controller only has a midi out connection, not midi in, otherwise I would connect the loopstation directly to it. Only has midi usb connection.
Maybe it’s not possible, but I’m trying to have some ideas of how to work this thing around.
Otherwise I will use gig performer to generate delays, that will be in sync, but the keyboard has this amazing feature of note and pad repeat, that would work wonderfully if it was in sync.
Maybe an external device that can link the midi from the RC505 directly to panorama T6, but don’t know if it’s possible.
Thank you.

And how I would do that? The controller only has midi out, not midi in…

Is there any device that can reverse midi direction?

Hm… despite the Nektar keyboard only having a 5-Pin MIDI-OUT, it should offer both, MIDI-IN and OUT via USB!
So if you connect both devices (the RC505 and the Nektar) to your computer, you should see all the available MIDI-Ports in GigPerformer, and then (in GP) you can very easily conect all of them at will.
Another option would be to get a little USB Midi host box to which you could connect the Nektar via USB and which then would provide a regular IN/OUT 5 pin version.
Something like this: 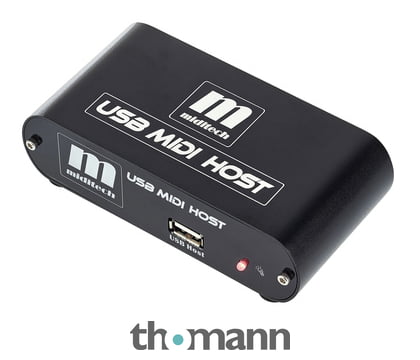 Assuming that you have a DIN5 to USB MIDI adapter on your GP computer, you will probably also need to duplicate the MIDI out of the RC505 to feed GP and the Nektar keyboard (or rather its MIDI USB-DIN5 adapter) using something like that:

I haven’t looked explicitly for midi clock compliance, but in that case probably a similar device from Kenton would be the better choice… (they also make through-boxes):
https://kentonuk.com/product/midi-usb-host-mk3/

This short review looks quite promising for what is wanted: 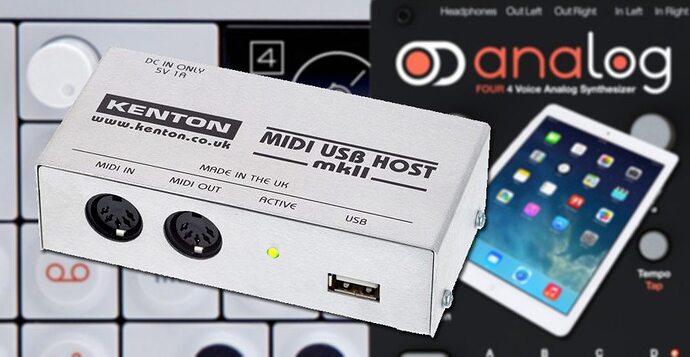 More MIDI, Less Computer. In our Kenton MIDI USB Host review we show you how to connect the Teenage Engineering OP-1, the Elektron Analog Four/Keys and the iPad

And as @David-san mentioned, you’d best go with a through-box for a proper star-shaped connection of your devices.

I’ll check it out…

Thank you so much for all your inputs… I’ll check those suggestions out, and I’ll post some feedback after…

Thanks, I’ll look into it.