I am using the NanoControl 2 to switch effects on/of (Bypass).
The lit of the knob is on if the effect is not bypassed.
If I now switch to another Rackspace, at which the status of this effect is the opposite as the one before I would like to send a signal to the NanoControl that it changes the status of the lit as well.
I tried it with „synch“ at the midi settings if the Widgets at GP, but it didn’t work.
Any idea how I get that work?
Thanks
Flodder

I tried it with „synch“ at the midi settings

Did you try “Invert”?

Invert is just switching the send status on or off, has no effect on the lit at the Nano knob.
Even if I do not change the Rackspace; if I switch the status / setting with the Widget the lit is not effected/ triggered.

Currently it’s a kind of one way street, if I trigger the knob on the Nano, the status at the Rack changed, but not opposite way. May I have to ad a MIDI Control widget as well?

Did you enable sync in the widget properties? 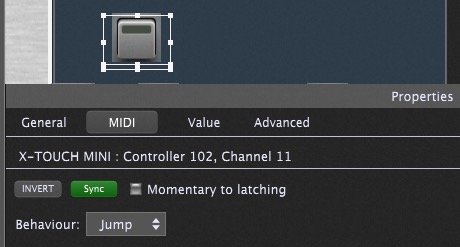 @keyman
You have a Korg Controller as well, is it working for you?

You have a Korg Controller as well,

nop, that one I don’t have…
Can you post a screen of what the Korg Controller is sending? (open MIDI MONITOR)
Then check what message should lit that button

I am currently not in with the Instrument anymore, had to go back home (Sunday

)
I will try to do the same with my Setup at home later on.

I think there some post on the forum about that Korg Controller, another thing that I recall, don’t use CC0 or CC32 (those are used by GP itself)

Which control message does the NanoKontrol send ? A CC# or note message? You can check with the GP MIDI monitor.

I have to check this, but it’s not about what the NanoKontrol sends, it’s about what it will receive.
The send signals are received well from the GP.

What messages are you sending from Nantocontrol to GP?

I just checked nanokontrol in GP.
pressing on and off each illuminated push-button only send on/off messages: 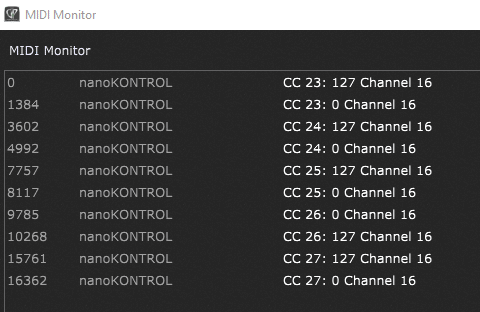 And you mapped that CC messages to you Widgets?
And Sync is enabled?

Do you use the Rig Manager?
And when you use it how does it look?

@pianopaul I did what you have quoted but illumination changes only when the physical button is pressed.

@Flodder have you tried changing the LED mode as indicated in the Nanokontrol2 settings guide?
I have the Nanokontrol1 and this function is not available so I can not test it.
Below is a translation of the French version explaining how to trigger the illumination from a computer:

LED Mode
This mode allows you to determine when the LEDs of the transport buttons and the SOLO, MUTE and REC buttons turn on and off. The following setting allows you to specify what the button LEDs indicate.

LED Mode [Internal/External]
This setting determines the role of the button indicators.

Internal The button’s LED is on/off to indicate its on/off status.

I have the Nanokontrol1 and this function is not available

If the LED states of the Nanokontrol 1 can be synchronized with a DAW, it should be possible to do it with GP too, but it sometimes necessitates some scripting. e.g. the LEDs of my control surface need notes off with velocity 127 and 0 to turn the LEDs on or off.

I confirm that the LED states of the Nanokontrol1 can not be synchronized with nothing at all.
This is why Korg released Nanokontrol2, implementing a LED mode.
But it should work for @Flodder

Attached my mapping.
I dont use Rig Manager 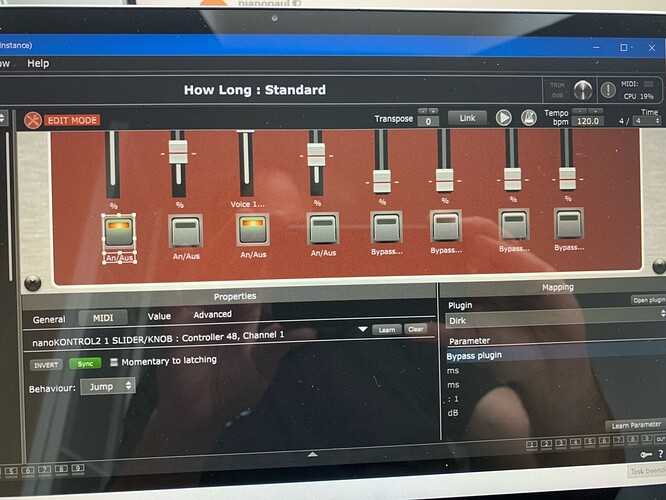 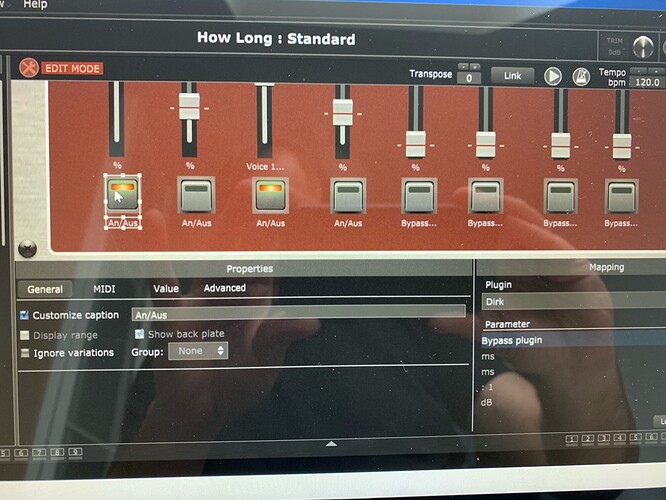