I’ve noticed that when i map a cc value in a vst (lets say a button) it behaves differently in GP then it does in say Reaper.

When i map a CC value to a mute button in a vst looper that uses latch message, CC#3-127 (midi controller button down) CC#3-0, i turn that channel mute button on. I press it again and i turning the mute button off.

Problem is that I CAN map the CC to latch in the Syths standalone version but the VST version in GP behaves in a Momentary Default state. 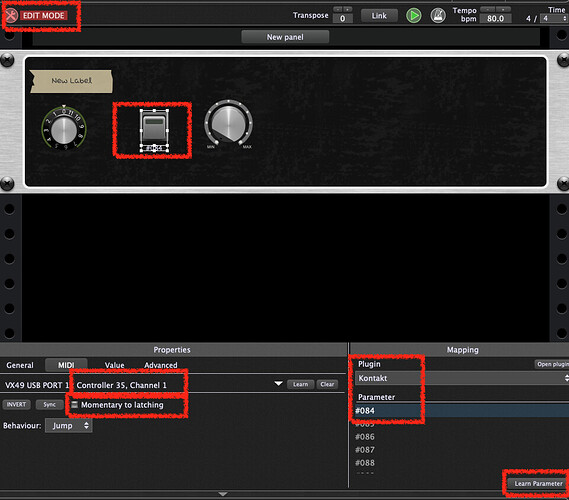 is there a preference i don’t know about?
Is there a script to default the CC value to a Latch state? is this even possible?

Not sure I understood everything here.

The GP widget button has to work the way you want when it is controlled by a MIDI controller and it has to control properly the plugin parameter too. To adjust things properly make sure you split the two behavior (MIDI and plugin).

If you still have an issue, at which step does it occur ?

the plugin doesn’t register a midi out i guess

It seems that you want to use host automation to control Kontakt and not MIDI, right? So, is it fine for you up to these first steps?

(host automation is better, but if you absolutely need to send a MIDI message map your widget to the MIDI in block plugin connected to the plugin you want to control, i.e. Kontakt here, and choose the appropriate CC in the list 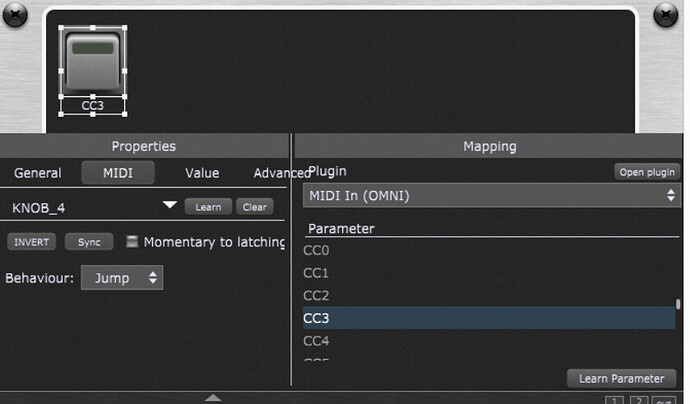 ok dope this helps thanks a lot David!

Fine, so perhaps you could give us a feedback which could help other users. Does it work for you now and how did you finally solve your issue?

Did you enable HOST automation in Kontakt?
When you do this the parameter name should appear on the Parameter List

Hummm… the dark side of the Force. OK, but try to use host automation if it is implemented in your plugins

i can re-assign the midi information

As @David-san noted, using MIDI to do this should really be avoided in favor of using host automation.

OK im getting confused to host automation.
this is the plug in that would like to control 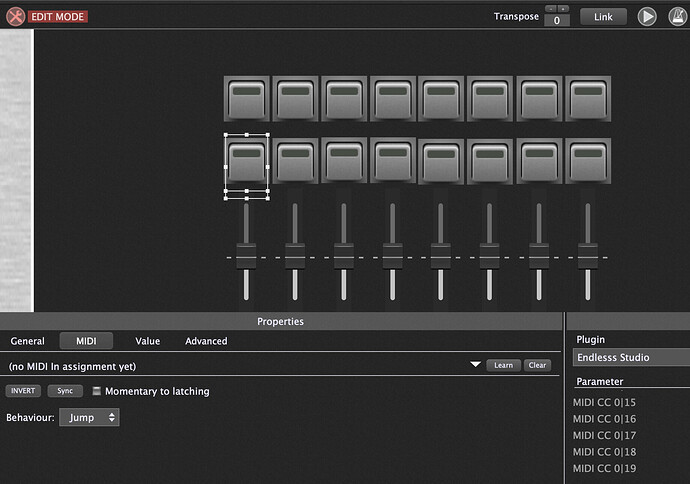 according to section 9 in the manual, and this is where i get stuck

Gig Performer’s handy Learn mode ,which enables it to instantly recognize and learn the appropriate parameter. To use Learn mode, simply click on the “Learn” button in the right-hand Plugin section(as indicated by the arrow) so that it turns red.

nothing happens, my assumption is that the plugin isn’t sending any info for GP to “hear” or “read”

What plug-in ? Still about Kontakt? What librarie?

I took a look at the user guide of endless studio.
Seems host automation is not implemented, only midi mappings.

Tell them to add host automation to it!